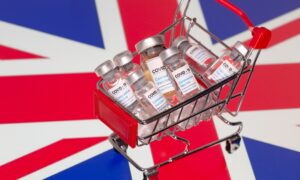 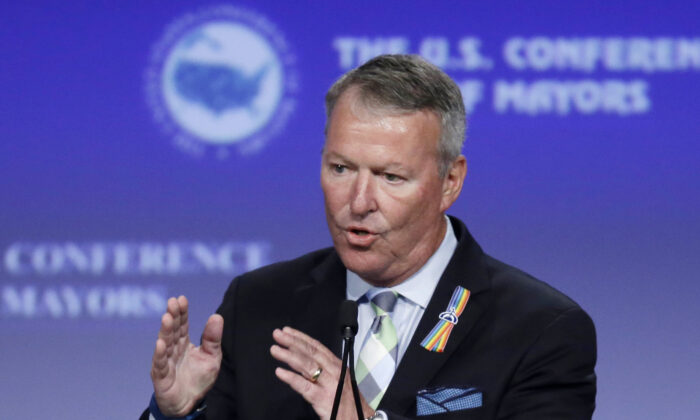 Officials in Orlando, Florida, are pushing residents to limit their water usage because of a rise in COVID-19-related hospitalizations.

The issue is that liquid oxygen—which is used by the Orlando Utilities Commission (OUC) to sanitize water for residential use as well as by hospitals to treat critically ill COVID-19 patients—is running short.

The commission is urging residents to limit watering their lawns, washing their cars, and their time in the shower. The goal is to cut water usage in Florida’s fourth-largest city by 25 to 50 percent of what’s normally used on a daily basis.

The city’s supply of liquid oxygen is short due to the commission’s supplier cutting back its deliveries to five to seven trucks per week from 10 trucks per week, in order to direct more of the oxygen to hospitals, Linda Ferrone, OUC’s customer and marketing officer, told reporters on Aug. 20.

“There could be impacts to our water quality if we don’t immediately reduce the amount of water that we need to treat,” Orlando Mayor Buddy Dyer, a Democrat, said at a press conference. “We want to start conservation by asking our residents to temporarily limit watering their lawns and washing their cars.”

Florida’s health department doesn’t include hospitalization data in its weekly report. About a third of the hospital beds in Orange County, which includes Orlando, are being used by COVID-19 patients as of Aug. 18, according to hospital data reported by the Centers for Disease Control and Prevention.

The percent of beds occupied by COVID-19 patients has increased sharply since early last month, when hospitals were caring for virtually no such patients.

New hospital admissions were down slightly in the week leading up to Aug. 18, but are still much higher than last month.

Dr. Vincent Hsu, executive director of infection prevention and epidemiologist at AdventHealth, a large Orlando-area health care system, stated during a briefing on Aug. 19 that the system had approximately 1,620 COVID-19 patients, more than twice as many as were being cared for during the peak over the winter.

“This is, unfortunately, a crisis of unprecedented proportions,” Hsu said. “This has resulted in a lot of tremendous stress shortages. We’ve got ICUs that are completely filled.”

Hsu and Dyer both encouraged people to get COVID-19 vaccinations, which have shown waning efficacy against preventing infection but have, according to some studies, remained strong against preventing severe disease and hospitalization.

“If you haven’t gotten vaccinated, now’s the time,” Dyer said.