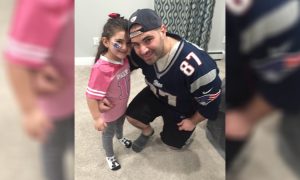 About one year after former Disney Mouseketeer Dennis Day disappeared, his body was positively identified, according to reports on June 6.

The 76-year-old was among the show’s original cast members in the mid-1950s. He was reported missing a year before his body was found, The Oregonian reported.

The body was found in Day’s home in Phoenix, Oregon, and state police on June 6 confirmed that a medical examiner’s office made a positive identification.

“Despite their efforts, investigators were unable to utilize dental records or DNA due to the condition of the remains,” state police said in a statement to the news outlet. “The investigation remains ongoing by the Oregon State Police.”

“The cause of death is under investigation by the Oregon State Police so we will not be making any comments or answering any questions at this time,” Showers said on Facebook. “We are truly thankful to all of you for your love and support.”

He added, “Please keep Ernie in your prayers during this extremely difficult time. Our family is truly thankful to the Oregon State Police for helping to bring closure to our family so that we can finally lay Dennis to rest. We love you Brother & Uncle Dennis!”

A body found at the Oregon home of an original member of Disney’s “The Mickey Mouse Club” has been confirmed to be former Mouseketeer Dennis Day, state police and relatives said. https://t.co/lJLbrlNgfT

In February, his sister, Nelda Atkins, told Dateline NBC that Day was 12 years old when he was signed by Disney to become a Mousekeeter in 1955 until 1957.

“Dennis got picked up and I didn’t, which was sad because I really wanted to be a Mouseketeer,” Nelda, who was 10 at the time, told the news outlet. “I really missed him when Dennis was picked up by Disney, because we always performed together. When he was a Mouseketeer, he was gone from before dawn until after dusk. That really ended my career.”

His niece, Denise, added to NBC that Day wasn’t the type to just disappear.

“We are worried. [We] just need answers. We love him. We’re just kind of lost with what to do, or how to find him,” she said.

Lieutenant Jeff Price of the Phoenix Police Department told Fox News that Day “didn’t leave the house” and was described as reclusive.

Regarding his house, “It’s in very bad shape — very, very poor shape,” he said. “There was no evidence of any crime or any evidence that Dennis was in the vehicle,” he added.

His car was found about 200 miles away from his home sometime after his disappearance.

“People automatically assume something must have happened because you have these two people in his car,” added Price. “The story I have is the car was taken or possibly given to a transient female for helping the handyman do some work around the house…. But Dennis was already gone at that time.”