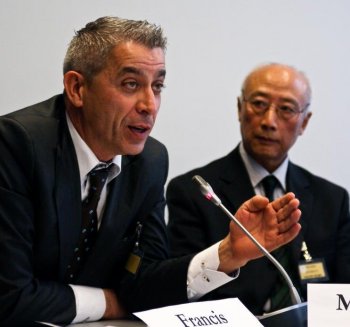 PARIS—A French professor was compelled to conduct his own investigation after he stumbled upon disturbing information while training Chinese surgeons in organ transplantation techniques in China.

Professor Navarro, from France’s Montpellier University Hospital, heard that hospitals in China were conducting thousands of organ transplants for profit, and the organs were taken from unwilling and healthy Falun Gong practitioners imprisoned for their spiritual beliefs.

Navarro decided to pretend to be a patient looking for a fresh organ. His suspicions grew deeper when he heard the coordinator of a military hospital transplantation center say, "Hurry up, we have to proceed with all executions before the Chinese New Year."

Navarro was one of the first to say that practitioners of the spiritual discipline Falun Gong were the main victims of organ harvesting in China. He told his story at a conference at the French Parliament House in Paris on Dec. 3.

It was the resistance of physicians, his colleagues, and Western institutions to his conclusions that gave Navarro the biggest surprise when he first shared them. “Our little voices as physicians are not listened to, because of other associated problems," he said.

In January 2007, when Navarro prepared to answer an interview titled "Prof. Navarro will not transplant organs in China" by French magazine “Marianne,” he received an e-mail from a French Ministry official asking him to "control his statements." Several colleagues also severely criticized him.

Navarro told the other investigators at the conference that he was glad of all the proof that had collected, because “we feel like we are not listened to.”

The main investigative reports were published by Canadians David Kilgour and David Matas, who have just released a book titled, “Bloody Harvest: The Killing of Falun Gong for Their Organs."

Kilgour, a former Canadian Secretary of State for Asia-Pacific, spoke at the conference. He said he and Matas have now compiled 52 elements of proof converging to the same conclusion: in China, army and military hospitals, perfectly organized under the leadership of the Communist Party, kill Falun Gong members to exploit and sell their organs.

“The allegations here are so shocking that they are almost impossible to believe,” the authors conclude in their July 2006 report. Using statistics from the regime, they found there were 41,500 organs “unaccounted for” during the years the persecution of Falun Gong was escalating. “The allegations, if true, would represent a grotesque form of evil which, despite all the deprivations humanity has seen, would be new to this planet,” they said.