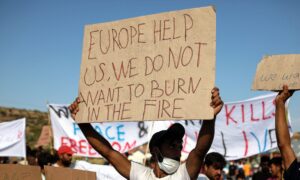 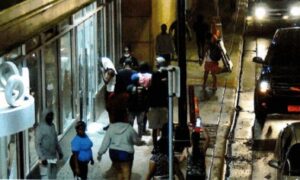 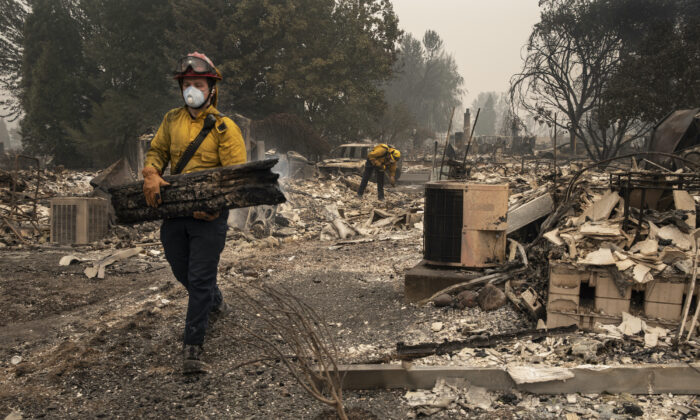 Oregon’s top fire marshal resigned on Sept. 12 as wildfires continued to rage across the state, and he was replaced by Chief Deputy Mariana Ruiz-Temple, according to the governor’s office and state police.

Fire Marshal Jim Walker submitted his resignation to the Oregon State Police superintendent’s office after he was put on administrative leave, the police agency stated in an announcement. No reason was given for Walker’s resignation.

“[Ruiz-Temple] is assuming this position as Oregon is in an unprecedented crisis which demands an urgent response,” Oregon State Police Superintendent Travis Hampton said in a statement, as reported by OPB.

“This response and the circumstances necessitated a leadership change. I have the absolute confidence in [Ruiz-Temple] to lead OSFM operations through this critical time. She is tested, trusted and respected—having the rare combination of technical aptitude in field operations and administration.”

Ruiz-Temple will now take over the fire agency as more than 1 million acres have burned across the state in recent days. At least 10 people have been killed in the fires across the state.

“[Ruiz-Temple] has led with grace, transparency and courage,” Oregon Gov. Kate Brown, a Democrat, said in a statement. “She embodies the experience Oregon needs to face this crisis, in this moment.”

Commissioner John Lindsey, a Linn County official, said there has been a lack of coordination from the state in responding to the fires.

“The one consistent denominator missing was the state,” he said, according to Oregonlive.

In Oregon, Brown called the perilous blazes a “once-in-a-generation event,” and the director of Oregon’s office of emergency management, Andrew Phelps, said authorities were bracing for the possibility of “mass fatality” incidents.

“There are going to be a number of fatalities, folks that just couldn’t get warning in time and couldn’t evacuate their homes and get to safety,” Phelps told MSNBC on Sept. 11.

Phelps also said officials are “preparing for a mass fatality event” as thousands of structures have been destroyed.

President Donald Trump is slated to visit the West Coast next week, according to the White House.

In Portland, where more than 100 days of political protests have turned increasingly violent in recent weeks, the Multnomah County sheriff chastised residents for setting up their own checkpoints to stop cars after online claims stated that far-left group Antifa or Black Lives Matter were responsible for the fires. Some local officials said the claims aren’t accurate. There were counter-claims online that far-right groups were behind the fires.

Over the weekend, the FBI issued a statement about the claims.

“FBI Portland and local law enforcement agencies have been receiving reports that extremists are responsible for setting wildfires in Oregon. With our state and local partners, the FBI has investigated several such reports and found them to be untrue,” the FBI Portland Division said in a statement.