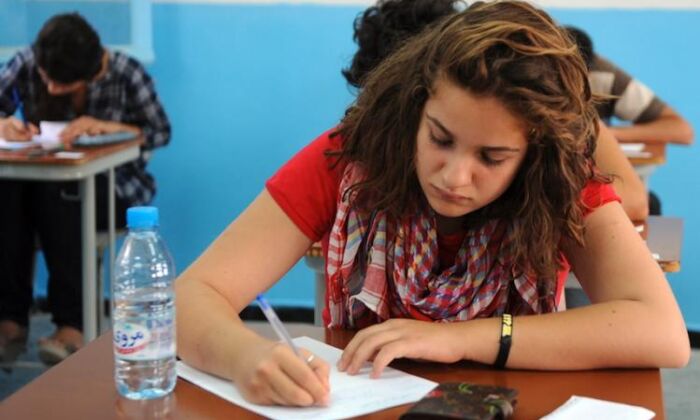 An Oregon education department study has shown student grades have been hurt by the closure of schools during the pandemic. File photo. (Fethi Belaid/Getty Images)
Education & Family News

After two years of disruption caused by the pandemic, student test scores fell by nearly 10 percent in math, English, and science, according to data released on Sept. 22 by the Oregon Department of Education.

The first large-scale assessment of Oregon students since 2019 shows that as few as one-third of students statewide are reaching key benchmarks as they return to in-person learning.

According to the data for the 2021-22 school year, fewer than 44 percent of Oregon students in Grades 3–8 were proficient in English language arts. That’s down from 53 percent in 2019.

About 30 percent were proficient in math and just 29.5 percent in science, compared with 39 percent and 37 percent, respectively, in 2019.

Unlike most national findings about pandemic learning loss, school closures and education disruptions hit all demographic groups equally in Oregon.

In Grades 3–6, the number of white students, Latino students, and indigenous students who mastered English or math fell by 8 percent from 2019 to 2022, according to the report.

ODE says the testing further shows that students who were falling behind before the pandemic suffered the most learning loss.

Statewide assessment tests were not done in 2020 due to pandemic-related school closures. Oregon schools experienced some of the longest school closures in the nation.

The ODE had requested a waiver for the tests in 2021 as well, but U.S. Secretary of Education Miguel Cardona denied those blanket waivers. Instead, the state received a partial waiver, requiring English language, arts, math and science testing only for select grades.

ODE director Colt Gill explained that the state is taking a new perspective on how it looks at assessments. Instead of determining whether students are doing well or not individually, the assessments are a reflection of the system overall.

“This creates for us a post-pandemic baseline that the future assessments can help us measure whether we’re making progress and helping our students address that unfinished learning,” Gill said in a press conference.

“We have already seen assessment scores rising for students who have had more time back in onsite learning.”

ODE also said the assessment results should serve as a call to better fund schools and education institutions, as well as better support teachers and other staff.

But Oregon schools are already flush with cash, even as enrollment has declined by 5 percent since the beginning of the pandemic.

Oregon schools are receiving an additional $1 billion per year from a recently enacted Corporate Activity Tax. It also received a second one-time $1.7 billion in federal pandemic aid. Oregon school districts have just one more year to spend that aid.

Gill said districts should focus that money on techniques and services that have proven to accelerate learning.