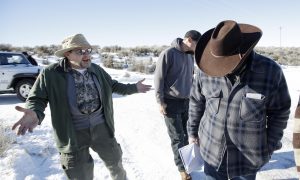 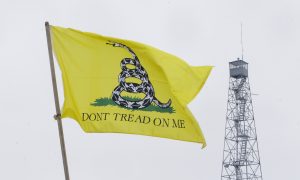 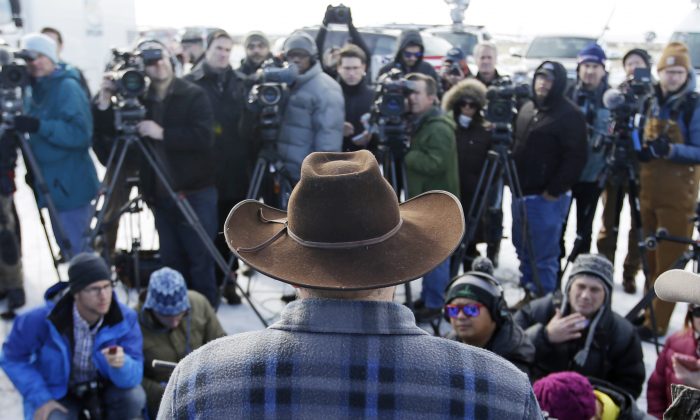 Ammon Bundy, one of the sons of Nevada rancher Cliven Bundy, speaks to reporters during a news conference at Malheur National Wildlife Refuge Wednesday, Jan. 6, 2016, near Burns, Ore. (AP Photo/Rick Bowmer)
US

The leader of an armed group who took over a national wildlife refuge in southeastern Oregon weeks ago joined hundreds of area residents at a tense community meeting — listening quietly as many loudly chanted at him to “go.”

Ammon Bundy, who has been trying to drum up support for his cause, didn’t speak at Tuesday night’s meeting in Burns where residents discussed the armed occupation of the Malheur National Wildlife Refuge which began earlier this month.

Some of the several hundred community members spoke to Bundy directly. One woman thanked him for raising awareness around issues of public lands, but told him it’s time to go home to his family.

“Ammon, you need to go home to your family; thank you,” said local resident Jennifer Williams. “I’ve heard so many things I didn’t know before. Now I’m aware.”

Other speakers were less congenial and at times angry and emotional in comments directed at the armed group as well as at local government officials and federal government, in part for not doing more to end the occupation.

Harney County Judge Steve Grasty took the microphone over to where Bundy sat in the bleachers and told Bundy he’d drive him wherever he wanted to go, as far as Utah. He also offered to meet with him anytime.

Bundy and his small posse left after the meeting without incident.

Rallies also were held in Portland and Eugene, Oregon and in Boise, Idaho, Tuesday, with hundreds of people calling for Bundy to end the occupation and pointing out that federal management allows all kinds of people to enjoy public lands.

Harney County Sheriff Dave Ward reiterated in a statement before the Burns meeting that law enforcement wants the armed group to vacate the refuge.

He said police have arrested two men affiliated with the group and included a new report that Duane Kirkland of Hamilton, Montana, was stopped and arrested Thursday on a felon in possession of a firearm charge. Police arrested Kenneth Medenbach, of La Pine, in Burns Friday for unauthorized use of a vehicle authorities say was taken illegally from the refuge.

Bundy and his group are demanding that the refuge be turned over to local residents. Bundy is a son of rancher Cliven Bundy, who was involved in a 2014 Nevada standoff with the federal government over grazing rights.

Rallies also were held in Portland and in Boise, Idaho, Tuesday, with hundreds of people calling for Bundy to end the occupation and pointing out that federal management allows all kinds of people to enjoy public lands.

The group Bundy leads has said repeatedly that local people should control federal lands. Bundy has told reporters the group would leave when there was a plan in place to turn over federal lands to locals — a common refrain in a decades-long fight over public lands in the West. At a Tuesday news conference, Bundy said “we’re not going anywhere” until his group gets its goals accomplished.