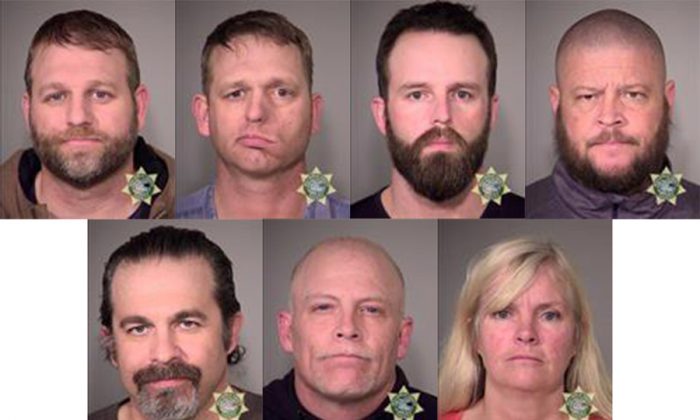 Oregon militiamen leader Ammon Bundy and six others were arrested earlier this week. On Friday, a federal judge ordered that they be held without the possibility of bail, NPR reports.

The militiamen had occupied an Oregon wildlife refugee to protest the federal government’s land policy. After a lengthy stand-off, authorities rushed in earlier this week, arresting seven and killing one militiaman, Lavoy Finnicum.

The affair is not over yet. Although Bundy had told the remaining militiamen to “stand down” and “go home,” four remain in the wildlife refuge, NPR reports.

“Go home and hug your families,” Bundy said in a statement. “This fight is ours for now in the courts. Please go home.”

The Oregon militiamen had been extremely active on social media, and they’re still posting videos. Earlier today, militiaman David Fry, from Ohio, posted a video update, showing to the world that he was still there.

Bundy and his six co-defendants are facing charges of conspiracy to impede federal officers.