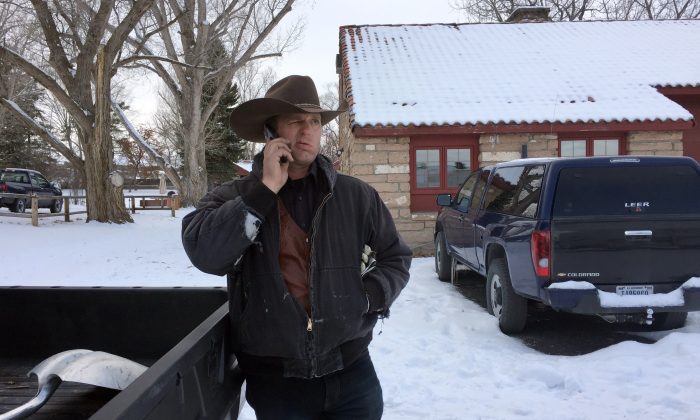 Ryan Bundy talks on the phone at the Malheur National Wildlife Refuge near Burns, Ore., Sunday, Jan. 3, 2016. Bundy is one of the protesters occupying the refuge to object to a prison sentence for local ranchers for burning federal land. (AP Photo/Rebecca Boone)
US

Ammon Bundy, the leader of the militia that has taken over a government building in Oregon, says the militia does not want violence and is seeking a peaceful resolution.

“The only violence that, if it comes our way, will be because government is wanting their building back,” Bundy told TODAY. “We’re putting nobody in harm’s way. We are not threatening anybody. We’re 30 miles out of the closest town.”

Bundy and his group took over the building in Burns to protest the sentencing of two ranchers to prison over burning federal land. The ranchers served time previously but have been ordered to return to jail for longer sentences.

Bundy and his brother Ryan are leaders of the group that occupied the Malheur National Wildlife Refuge headquarters on Saturday. No government employees have been to the building since due to the holidays.

The group wants the charges dropped against Dwight and Steven Hammond. The Hammonds were planning to turn themselves in on Monday.

Over the weekend, the FBI weighed in.

The FBI said in a statement Sunday that it was working with local and state police “to bring a peaceful resolution to the situation.”

The agency said it would not be providing details of its response because of “safety considerations for both those inside the refuge as well as the law enforcement officers involved.”