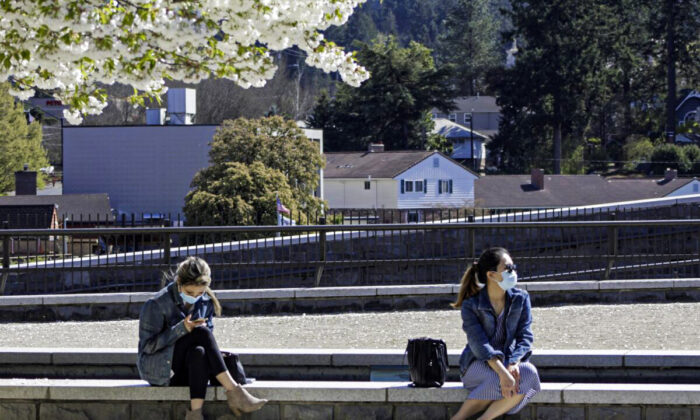 Public health officials in Oregon, who recently lifted the state’s outdoor mask mandate, are working to keep a separate set of indoor mask requirements for places such as schools and hospitals in place indefinitely.

Oregon’s first indoor mask mandate was imposed in May 2020 and lifted in June of this year, after the number of COVID-19 cases fell. Gov. Kate Brown, who promised to remove many restrictions once 70 percent of adults received at least their first dose of COVID-19 vaccine, nonetheless reinstated the mandate in August, saying at that time that without new interventions, COVID-19 hospitalizations driven by the more transmissible Delta variant would “completely overwhelm” the state’s hospitals.

Under the current mandate, which is set to expire in February 2022, all individuals aged 5 and older, regardless of their vaccination status, must wear masks in all indoor public spaces, such as schools, health care facilities, homeless shelters, and public transit.

The Oregon Health Authority (OHA) on Dec. 2 assembled a Rules Advisory Committee to discuss a potential “permanent” indoor mask mandate, KATU, a local ABC affiliate, reported. The discussion was joined by several community stakeholders, including those from the hospitality industry, the business sector, and faith communities.

Dr. Paul Cieslak, the medical director for communicable diseases and immunizations at OHA, told KATU that the “permanent” indoor mask mandate doesn’t mean it will never go away, but it won’t automatically expire unless it’s repealed.

“Permanent means indefinite. It doesn’t necessarily mean permanent,” Cieslak said. “We can repeal it as well, but we are only allowed to have a temporary rule for 180 days, and anything that goes beyond 180 days, we cannot extend it.”

The draft permanent rule will be released to the public by mid-December, NBC-affiliated KGW8 reported. Residents of Oregon will then be able to comment beginning in late December, before a public hearing scheduled for mid-January.

The move comes as U.S. public health officials react to the spread of the recently emerged Omicron strain, which has been reported to be more transmissible than the Delta variant but only caused “extremely mild” symptoms among patients in South Africa, where it was first identified.

As part of the White House’s plan to combat the spread of the virus, President Joe Biden announced on Dec. 2 an extension of the Transportation Security Administration’s mandate that requires travelers to mask up on airplanes, trains, buses, and in airports and train stations. The mandate will remain in place until Mar. 18, 2022. Travelers who refuse to wear masks could be fined up to $3,000.