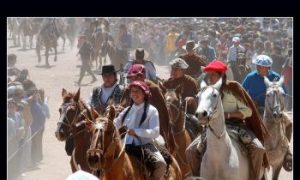 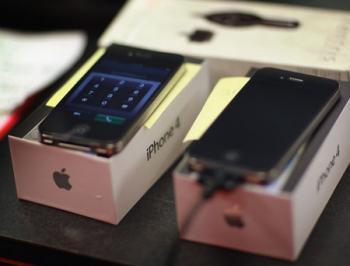 iPhones are seen as they are charged for customers after being sold at a Verizon Wireless store after they started selling the smart phone on February 10, 2011 in Coral Gables, Florida. AT&T had previously had a monopoly on selling the iPhone since 2007. (Joe Raedle/Getty Images)
US

The bill said the Federal Communications Commission's specific absorption rate levels apply only to radio-frequency radiation exposure that can produce heat in tissue, much like a microwave.

According to the bill, the United States Food and Drug Administration is responsible for the health and safety of the public, but its “absence” in this matter is one of the main reasons for Shield's bill.

The proposed bill will address the potentially detrimental effects of radio frequency waves on the health of Oregonians. Of particular concern are the unborn, children, and adolescents, whose bodies and brains are still developing.

The city of San Francisco and state of Maine are considering similar regulations.

The proposed regulations have drawn some criticism, because several studies have not produced conclusive results.

A long awaited international study was unable to determine that there is a link between the use of cell phones, portable phones, and Internet wireless router use, and human health.

There is apparently a growing frustration with governments' lack of action on this matter around the globe. Sweden's panel member Olle Johansson said, “Standards for radio frequency and microwave radiation from wireless technologies are entirely inadequate.” As a result, the panel had no basis to evaluate any of the health risks for over 4 billion wireless products users.

It recommended that until more conclusive results are obtained, pregnant women should stay away from cell and cordless phones, and from people using them. It said children should neither use cell or cordless phones nor palm-top computers. It said those who do use mobile phones should keep the devices away from both their heads and their bodies, and turn them off before putting them in their pockets.

It said schools should use wired Internet access instead of wireless connections because wireless connections “create pervasive and prolonged electromagnetic exposures” for children. Everyone should avoid using wireless devices including baby monitors, wireless Internet, wireless security systems, and wireless headsets that could introduce radiation, it said.

The study was published in the International Journal of Epidemiology Feb. 15.

Children Are the Real Heavy Users

According to the National Cancer Institute (NCI), “There are currently no data on cell phone use and risk of cancer in children. No published studies to date have included children. Cell phone use by children and adolescents is increasing rapidly, and they are likely to accumulate many years of exposure during their lives.” NCI noted that a child cell phone use study is being done covering several northern European countries. Spain is also doing an international study about children and cell phones.

According to the CDC study Trends in Childhood Cancer Mortality—United States, 1990–2004, children between age 1 and 19 had the highest cancer mortality rate among people below age 45. Adolescents (defined as 15–19 years) had the highest mortality rate in this 'childhood' age group. Brain tumors accounted for 25 percent of the mortality. Cell phone usage was not considered in this study.

Because of inconclusive results, researchers have recommended caution on this matter.

Oregon's efforts may add pressure to stakeholders to find common ground on this important health issue.