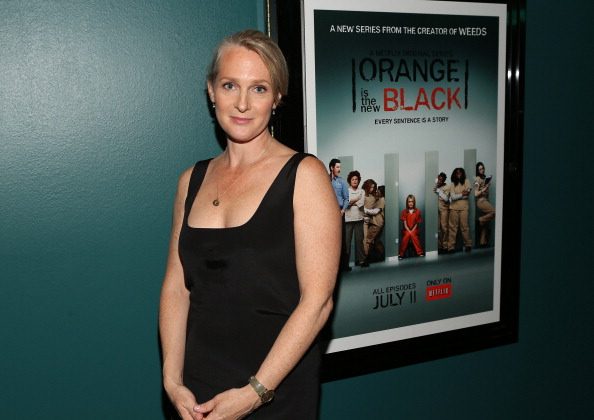 Orange is the New Black Season 3: Piper Kerman Talks About Life After Prison

Piper Kerman, the author behind “Orange is the New Black,” recently gave an interview about what it’s like to get out of prison and look for a job for the first time.

“There are 700,000 people coming out of jail every year,” Kerman told the Boston Herald. “Their ability to get work and support themselves and their families make all the difference in the world as to whether they are going to be successfully rehabilitated.”

Kerman, who is the focus in the hit Netflix show, was involved in drug smuggling and money laundering, leading to a 13-month prison stint in Connecticut.

Kerman said her first job was due to luck.

“A guy I knew was the president of M5 Networks,” Kerman told the paper. “He gave me a job when I came home. It was a tech company, so it was overwhelmingly dudes — that was a little refreshing!”

At the same time, she still serves as a consultant to the Jenji Kohan and creators of “Orange is the New Black.”

“Jenji has this amazing creative mind,” she said. “The characters she creates are very, very different from the real people depicted in my book. She kind of takes the book, puts it in a blender with a lot of other ingredients and presses liquify.”

According to the Herald, Kerman said she would not give any Season 3 secrets away, adding: “Fingers crossed!”

A few days ago, Time magazine reported that Laura Prepon will be in every “Orange is the New Black” episode in Season 3. Prepon plays Alex, a fan favorite who didn’t make many appearances in Season 2.

“It sucked because [show creator] Jenji Kohan and I wanted me to be in it more, but with the schedule, it didn’t happen,” Prepon was quoted as saying last month. “I was so bummed out. But I handled it, so I’m in every [episode] in season three. It is so good.”