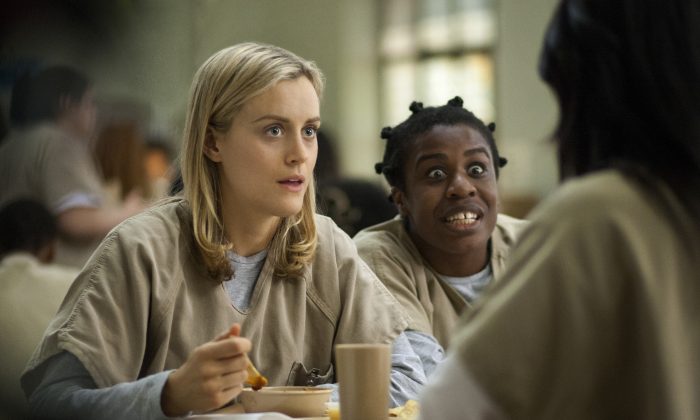 An article saying “Orange is the New Black,” the Netflix show, was canceled is totally fake.

The bogus report was published on Empire News, a so-called “satirical” news webiste, and it has several thousand “likes” and shares on Facebook.

“In a bizzarre turn of events, and just months after renewing the series for a third season, Netflix co-founder and CEO Reed Hastings has announced that the critcally-acclaimed series ‘Orange is the New Black’ has been cancelled,” the hoax says.

According to a disclaimer on its website, Empire News isn’t real.

A number of people apparently believed the fake report.

“If you want to make a profound point, I suggest canceling your Netflix subscriptions. Boycott the company until an apology to woman is made and the show is brought back. Its time for women to realize the power they hold. Together, we can accomplish anything,” one person wrote on Facebook.

A few other users heavily criticized Hastings after apparently believing the article.

The show was renewed for a third season months ago, and filming for it is currently ongoing.

“Orange is the New Black” was recently nominated for 12 Emmy Awards.

“It’s a wonderful acknowledgement, a beautiful recognition, but what they’re really saying is Jenji Kohan is a genius, and Kate Mulgrew fell in love with that character and they all got married!” said Kate Mulgrew on her supporting actress nomination for Red in “Orange Is the New Black,” reported The Associated Press.

“I’m just really thankful that people love watching the show as much as we love making it,” Aduba told E! Online.

She also talked about her character’s “crazy eyes.”

“I just wanted to put something in her body in terms of how she walks, how she stands, that was very interesting and important to me…I was really interested in her just being a hair off, everything she does it’s a little more heightened and then it found its way up into the face and then there she was,” she said.