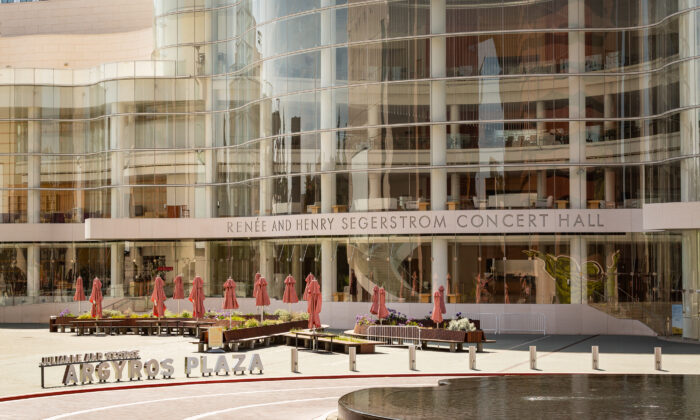 The biggest performing arts organizations in Orange County recently joined together on Aug. 23 to announce that they’ll be requiring all patrons 12 years and older to be fully vaccinated against COVID-19 and to wear masks to attend shows.

According to Arts Orange County, the decision to require all customers to be vaccinated came after thorough discussion between the council and leaders of the major art venues in an effort to create the safest environment possible amid the pandemic, as well as September marking the beginning of the season for many of the major arts venues.

“We’ve had a long process throughout the pandemic of gathering the leaders of all these [groups], not just the major performing arts venues, but also museums, university arts, small organizations, and artists. … And so it’s been an ongoing conversation, but with the season about to open for most of the major performing arts venues in September, it was felt that if we’re going to require them to be fully vaccinated, we have to … get the word out in enough advanced time so that audiences would know what is expected of them,” Richard Stein, president of Arts Orange County, told The Epoch Times.

Stein also noted that venues will allow for a negative COVID-19 PCR test in place of proof of vaccination, although that had not been fully decided prior to the primary announcement being released.

The updated rules arrived on the same day that the U.S. Food and Drug Administration (FDA) announced that the Pfizer COVID-19 vaccine received full approval and was no longer emergency use only, although Stein said the Arts Orange County announcement wasn’t related to that.

“If you look at Orange County, a significant percentage of the population has gotten vaccinated, and I think that some of the venues have actually surveyed their audiences about this and the audiences have wanted there to be a vaccination policy because they really want to get back to the theater and into the concert hall to enjoy the arts, and they want to know it can be done safely,” Stein said.

While all of the venues are united on requiring vaccinations, some have different start dates, with Segerstrom’s guidelines being effective immediately, while Barclay’s don’t go into effect until Sept. 1.

Segerstrom’s president, Casey Reitz, said the success in being able to continue live entertainment again rests heavily in everyone getting vaccinated.

“The health, safety, and well-being of our audiences, artists, crew, and staff is paramount,” Reitz said in a statement. “Working together to reduce any type of exposure to COVID-19 can ensure a safe environment for everyone. Our staff has been working tirelessly behind the scenes to make sure ticket holders have peace of mind enjoying the show, knowing that you are in the safest space possible.

“We want to continue providing everyone the experience of live entertainment. The success in reopening live performing arts venues lies heavily with everyone. Having a fully vaccinated audience ensures a safe environment. Everyone plays an important part, not just on stage, but in the audience. We are excited to raise the curtain again!”

Artists performing shows at the venues will also be required to be vaccinated, Arts Orange County said.

“We all have been taken aback by the need to return to more stringent guidelines for the reopening of performing arts venues,” Renee Bodie, Soka Performing Arts Center general manager, said in the statement. “As we pivot and prepare for our stages to be active again, we must carefully consider the safety of our patrons, students, staff, and artists as our top priority, as well as university and state directives. These mandates will allow us to safely share the beauty of live music with our patrons once again, something we have all been waiting a long time for.”

There is no clear end date for the new policy, but Arts Orange County did say the policy will be reassessed on an ongoing basis as public health circumstances evolve.