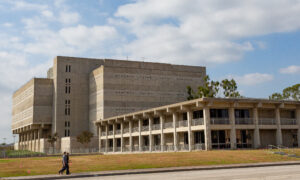 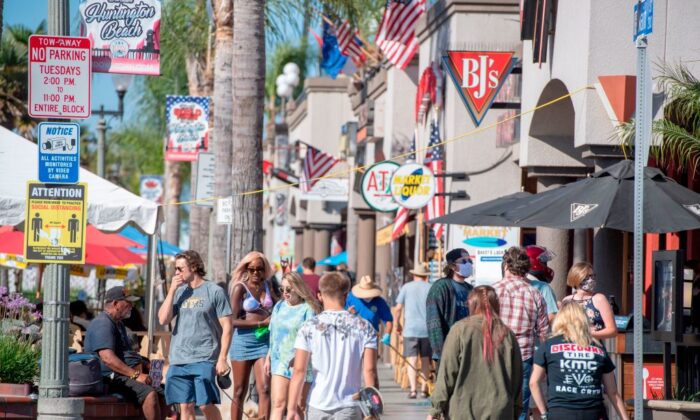 Arcades and bowling allies are among the businesses allowed to reopen March 31 when Orange County graduates to a less-restrictive reopening tier.

The county landed in the orange tier after maintaining the necessary COVID-19 metrics for two weeks, the California Department of Public Health (CDPH) said March 30.

Reaching the stage means businesses that were not allowed to operate in more restrictive tiers—such as arcades, bowling alleys, and bars—will be able to reopen with restrictions.

“We feel great that people can start going out and have some entertainment,” Evan Zelien, owner of Orange County Pinballs, told The Epoch Times via email.

“Like most small businesses the lockdown has affected our sales, but it was necessary to keep everyone as safe as possible.”

Moving to a less prohibitive set of guidelines will allow other sectors to expand capacity.

Disneyland, for instance, will permitted to operate at a maximum capacity of 25 percent and limited to in-state visitors only. Under the previous red tier, its capacity was limited to 15 percent.

Retail stores will be able to operate at full capacity under the new tier.

The latest weekly update, issued by the state, shows the county’s test positivity rate improved from 2.1 percent to 1.7 percent. The adjusted case rate per 100,000 people improved from 3.5 to 2.9.

The county’s Health Equity Quartile rate, which measures positivity in hotspots in disadvantaged communities, improved from 3.2 percent to 2.6 percent.

The number of CCP (Chinese Communist Party) virus cases in the county’s intensive care units fell from 29 to 26 on March 30.

For the county to hit the least-restrictive Yellow Tier, case rates need to be under one per 100,000. The positivity rate must be less than two percent.

The county has qualified for the yellow tier in positivity rates for the last week, Orange County chief Frank Kim said.