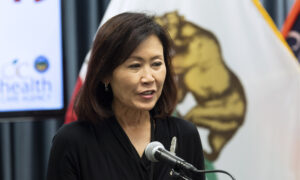 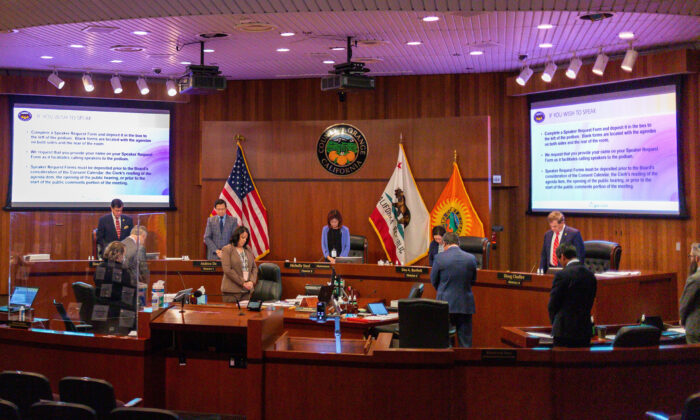 The Orange County Board of Supervisors prepares for its weekly meeting in Santa Ana, Calif. on Aug. 25, 2020. (John Fredricks/The Epoch Times)
Southern California

A date has been officially set for the Orange County Board of Supervisors (OCBS) second district special election.

The election will be held March 9.

The election for the District 2 seat will allow the winner to serve until the end of Steel’s original term, which ends in 2022.

Several notable Orange County figures have announced their candidacy for the spot.

Former supervisor and state senator John Moorlach announced his candidacy for the seat after losing his senate seat during the Nov. 3 election. Moorlach was supervisor for District 2 from 2007 to 2014 before joining the senate. He has received the endorsement of the Republican Party of Orange County.

Costa Mesa Mayor Katrina Foley is also running for the seat and has been endorsed by the Orange County Democratic Party. She was reelected to her mayoral position during the November election, and officially kicked off her virtual supervisor campaign Jan. 10.

According to the Orange County Registrar of Voters, Muldoon and Posey have not yet filed paperwork for the election.