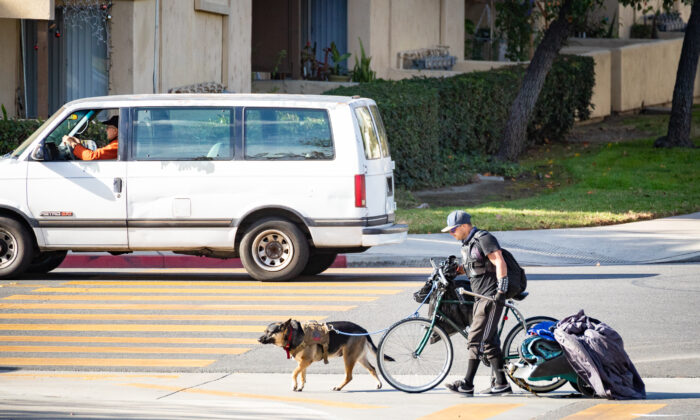 Orange County, Calif. is rolling out a new housing plan that will offer more than 1,000 emergency housing vouchers (EHV) to homeless and vulnerable individuals.

The board of supervisors is set to approve multiple contracts during its July 27 meeting with various non-profits that will distribute 529 vouchers.

The certificates provide ongoing rental assistance for eligible households. Individuals and families that receive EHVs will have their rent paid to the landlord directly by the local housing authority.

“Households can utilize the emergency housing voucher for as long as they are eligible,” while also undergoing an annual recertification process, Andrea Dima-Smith, an Orange County policy adviser, told The Epoch Times.

Those eligible for the vouchers are “homeless, at risk of homelessness, fleeing or attempting to flee, domestic violence, dating violence, sexual assault, stalking, or human trafficking, or were recently homeless or have a high risk of housing instability,” a report said.

The program also offers housing navigation services, meaning it will help households identify a rental unit that meets the fair market rent within the county. Recipients can even choose to port their voucher to another jurisdiction, if they so choose,” Dima-Smith said.

The EHV program is a $5 billion federal funding investment from the American Rescue Plan Act (APRA), which allocated around 70,000 housing vouchers nationwide.