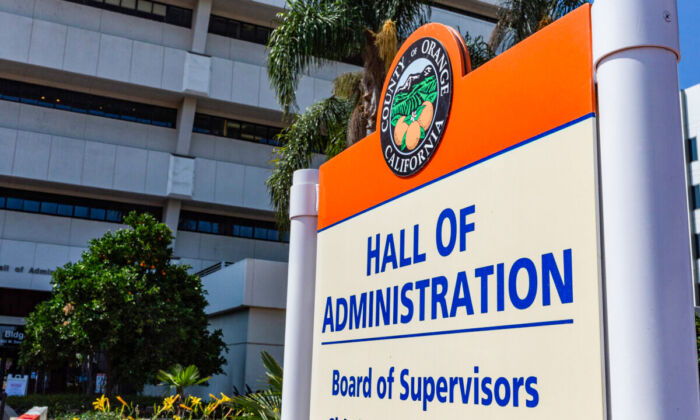 The supervisors’ request for an audit will be submitted at the board’s next meeting Sept. 6. The OCPA will then have 3 days to approve an audit. Failing that, the supervisors said they will withdraw as a member of the power authority.

“Our office has received numerous calls concerning alleged mismanagement, and we need an objective third party to either confirm or alleviate any future concerns,” Supervisor Katrina Foley told The Epoch Times in an email. “We are giving OCPA one more chance to do the right thing.”

Foley said flags for concern from the audit would be evidence of fiscal risk, rate and energy resource transparency, and noncompliance of state laws.

The supervisors had previously directed county officials to investigate any legal or financial risks of the OCPA in June after the agency faced a series of controversies, including higher prices for customers than originally advertised, calls by the agency’s board members for CEO Brian Probolsky to resign, and a whistleblower legal complaint filed by Probolsky claiming board members are scheming to remove him as CEO.

The OCPA, formed in December 2020, markets itself as an organization that purchases renewable energy for Buena Park, Irvine, Fullerton, and Huntington Beach.

In April, over 38,000 businesses in these areas were opted into the OCPA, switching from Southern California Edison. Coming October, residents in these cities will be opted in.

The county Board of Supervisors are a pending member of the agency. If the OCPA survives the audit, residents and businesses in the county’s unincorporated areas will be opted in.

During the Tuesday meeting, Supervisor Lisa Bartlett proposed to withdraw from the OCPA.

“My office has received numerous complaints from residents expressing outrage and confusion at the conflicting and misleading messaging coming from OCPA,” Bartlett said.

Doubt in the nonprofit’s transparency has emerged as businesses were told prices would be similar to Edison, but statistics show as high as a 7 percent increase in Irvine for some customers, Bartlett said.

Not everyone was in opposition to the OCPA’s conduct. Supervisor Wagner was fully supportive, as he mentioned a 7 percent increase in cost isn’t a significant increase, considering its below today’s inflation rate.

“It’s a premium that you as a purchaser of power have a right or have an opportunity to pay for greener power,” Wagner said.

Skepticism surrounded OCPA as when the supervisors discussed the California Public Utilities Commission’s recent fine of nearly $2 million for failing to purchase enough electricity to ensure it can provide its customers with uninterrupted electricity service this summer.

Wagner defended the Power Authority, saying the fine was due to unreasonably high mandates set forth by the Public Utilities Commission.