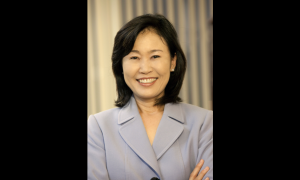 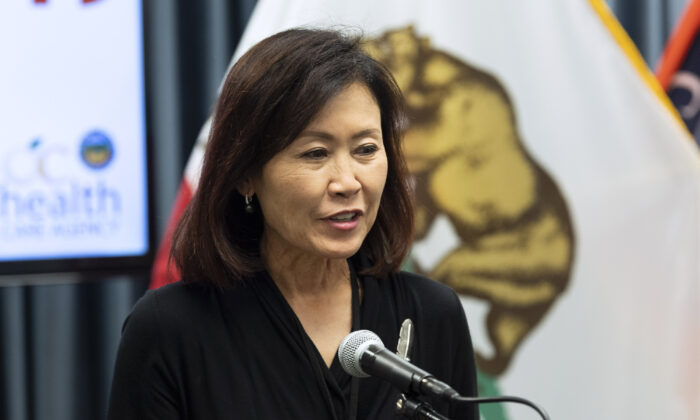 As Michelle Steel prepares to abandon her Orange County Board of Supervisors (OCBS) seat for higher office, her colleagues are weighing in on her replacement.

Steel will retire from the OCBS Jan. 3, when she assumes the role of congresswoman for California’s 48th District. A by-election to fill her vacancy will likely happen in March.

A number of veteran politicians are in the running to take the District 2 seat, including former Sen. John Moorlach, who sat on the board from 2006 to 2015. Other Republican candidates include Huntington Beach Councilmember Mike Posey and Newport Beach Councilmember Kevin Muldoon.

District 4 Supervisor Doug Chaffee, the only Democrat at the table, said party politics don’t come into consideration on the board, which he described as nonpartisan. However, he added, other issues are more worthy of consideration.

“I just want somebody that will be respectful and civil and has an open mind,” Chaffee told The Epoch Times. “I expect whoever it is has some experience with their own city government or maybe state government. I think what I look for is somebody I can work with.”

“There are three very good candidates for that seat right now,” Wagner told The Epoch Times. “I am certainly hoping one of those three can prevail over Katrina Foley, and all of them would bring their own strengths to the board.

“Foley’s approach to government is not mine. She is much more into the big government [and progressive approach], rather than the small, responsive government mode that I prefer.”

District 5 Supervisor Lisa Bartlett wasn’t ready to endorse a particular candidate, but said the position is no job for a rookie.

“It needs to be someone who can hit the ground running,” Bartlett said. “I think [the candidate] is probably one of the front-runners, he’s got the level of experience we need.”

In a parting message, Steel wished the board well.

She said in a statement, “I will miss the Board of Supervisors dearly, but my advocacy for the people of Orange County will continue to be my top priority as a congresswoman.”