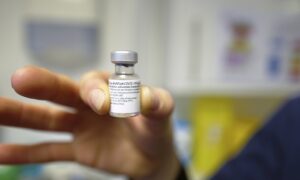 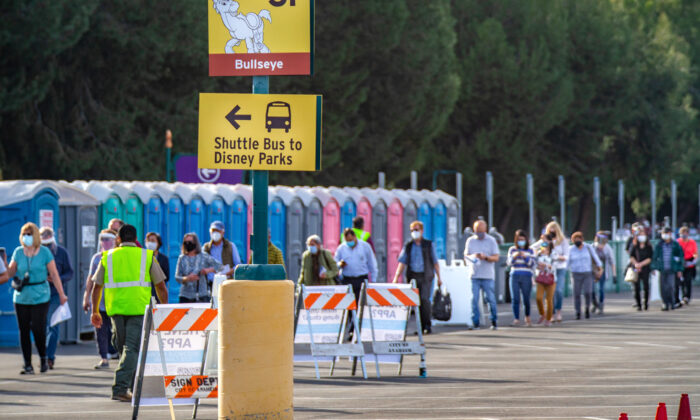 As it looks to ramp up its inoculation efforts, Orange County will open its next COVID-19 super vaccination site at Soka University Jan. 23, The Epoch Times has learned.

Orange County Supervisor Lisa Bartlett said the Aliso Viejo campus will serve as the second major point of distribution (POD) for the region. Soka University confirmed the news on its website, saying it agreed to lend its property to the cause, but would leave the logistical obligations to the county.

The news came Jan. 19 as the Disneyland POD closed due to heavy wind warnings. It was expected to remain closed through at least Jan. 20.

The Orange County Health Care Agency announced the closure on Twitter, noting that residents who were supposed to be inoculated Jan. 19 would be rescheduled through Othena, an online platform for scheduling vaccine appointments.

“We’ve had to now twice postpone appointments, due to the winds and potential fire severity,” Bartlett told The Epoch Times. “It is very unfortunate because we want to vaccinate as many people as quickly as possible but unfortunately Mother Nature doesn’t always cooperate with us.”

According to Bartlett, the county schedules vaccine appointments two to three days in advance, so those who had their appointments canceled will be moved to the next available slots.

No vaccines will need to be discarded due to the closure, because they’re not taken out of their refrigerated vials until the site opens for the day.

According to the National Weather Service, Southwestern California was issued a high wind warning that will remain in effect until Jan. 20 at 10 p.m., due to winds of 25 to 35 miles per hour, with gusts up to 60 miles per hour.

The newly opened Anaheim vaccination site consists of large tents inside one of Disneyland’s empty parking lots, and the winds have the potential to knock them over.

The closure of the county’s first vaccination site is slowing down what was supposed to be an efficient distribution of vaccines under phase 1A, which includes health care workers and the elderly.

“Disneyland is averaging about 5,000 [vaccination doses to residents] per day right now,” Bartlett said. “Throughout the county, it’s hard to say on a given day because we have not only the County of Orange sites for vaccination, but we also have a lot of private sector and the hospitals and clinics and other vaccinators that are around the county. So I would say upwards of 10,000 or more per day potentially are getting vaccinated.”

The Disneyland vaccination site opened Jan. 13 and is set to be one of five super sites for the county.

Bartlett added that vaccination sites will soon be increasing hours.