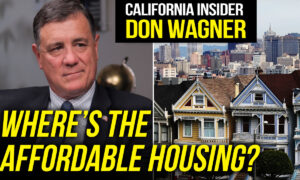 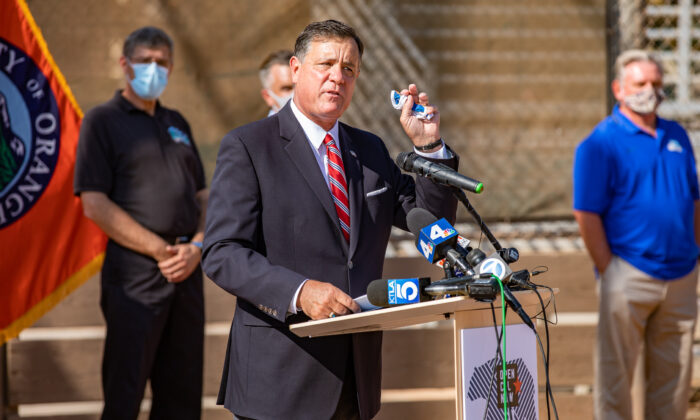 Looking ahead to a post-pandemic Orange County, Supervisor Don Wagner foresees a different kind of life for residents of the Southern California region.

And, he says, that’s not necessarily a bad thing.

“There may be some things that come out of COVID-19 that we ought to be focusing on and trying to encourage,” Wagner told The Epoch Times during a year-end interview. “For all the bad and all the horrors of COVID, there are some things we can look at and say, ‘This is something we ought to [change].’”

Wagner has hardly made a secret of the changes he’d like to see at the state level; he’s part of a push to recall Gov. Gavin Newsom, who he says has blundered through California’s pandemic response.

On a more positive note, he said the pandemic has brought a more innovative line of thinking to the county that could help streamline government processes while changing the way people work and live.

The closure of some municipal offices has prompted county officials to find more effective ways of serving the public, Wagner said. He hopes to see some of those changes stick.

“Government has been more streamlined,” he said. “We’re trying to do more of our processes online. It’s silly to drive down to city hall to do something that could be done electronically. We’re being forced to think a little bit outside of the box, and that is a good thing.”

The pandemic has also changed the way people work. Wagner said he expects to see many residents transition to permanently working from home, resulting in less traffic, but also fewer tenants for Orange County’s commercial properties.

“Major commercial landlords [can] expect significant downsizing and a retooling of their properties,” he said. “I know they recognize the retail and commercial space is going to look very different after COVID.”

Government, he said, must keep pace with such changes. With people driving less and a lower demand for parking spaces, he said it’s possible to transition some of that space into outdoor dining centers.

“Some of these businesses that are going to be challenged in the next couple years do have the opportunity to rethink how that space is going to be used,” he said.

Wagner has been an outspoken critic of Newsom’s restrictions and the need for local autonomy.

Rather than shut much of the state down, Wagner said Newsom should have focused on protecting high-risk groups, such as seniors, by encouraging them to stay home. Those not at high risk of dangerous complications from the virus could carry on living their lives, with appropriate precautions, he said.

“If I were Newsom, I would have started allowing more of a targeted response, allowing locals in the cities or counties to determine [the appropriate response] for their communities and open the rest of the economy,” he said. “If he had done that, we wouldn’t have had the state spend the trillions of dollars we’ve spent propping up an economy that we’ve artificially closed.”

Although the county received $554 million in federal Coronavirus Aid, Relief, and Economic Security (CARES) Act funding, it wasn’t enough to balance the budget. The county will likely use its reserves to offset an anticipated $200 million deficit for the 2020–21 fiscal year, but Wagner said the challenges won’t end there.

The county will continue to have COVID-related expenses at least into the New Year, with testing and personal protective equipment needed. It may also need to continue supporting the local economy with small business grants and more.

County departments are currently working to identify ways to cut costs. Wagner said the county is trying to avoid layoffs, but is filling vacant positions at a slower pace.

“Long term, I do feel that most county and city governments will struggle over the next several years,” he said. “There’s going to have to be belt-tightening. There’s going to be a decline in government services. Expect some lean years.”