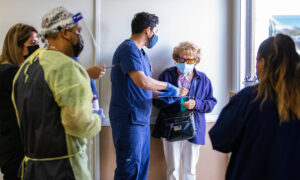 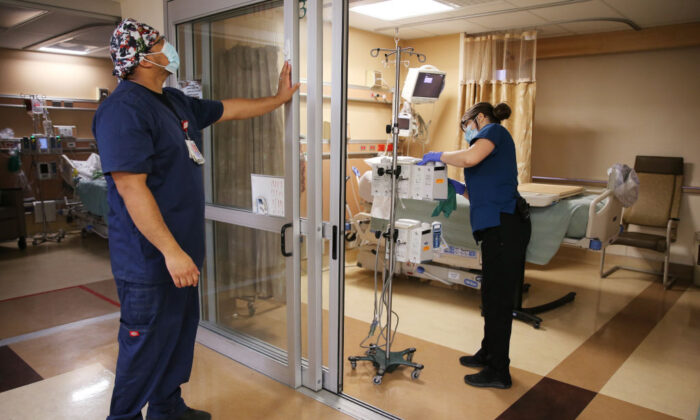 Hospitalizations ticked down from 367 Friday to 348 Saturday, with the number of patients in intensive care dropping 108 to 101, according to state figures.

“Basically, we’re looking pretty good,” Andrew Noymer, an epidemiologist and UC Irvine professor of population health and disease prevention, told City News Service on Friday. “We’re as good as we expected to be, but I’d like to see lower still. I hope we’re not finding a floor of 350 hospitalizations. I’m not a zero-COVID advocate. I don’t think we’re going to see zero COVID hospitalizations any time soon, but the numbers do look good to me and the percent positivity is down, which suggests we should find a lower floor sometime next week.”

Noymer was disappointed that a U.S. Food and Drug Administration panel rejected a plan for proposed booster shots to the general public 16 and older.

“I’m in favor of boosters, so this is a big disappointment,” Noymer said. “I don’t know why they’re being so cautious, honestly. I’m kind of shocked actually.”

The weekly averages, released on Tuesdays, showed that the county’s case rate per 100,000 residents dropped from 16 to 15.3, while the testing positivity rate fell from 5.4 percent to 4.7 percent.

The county’s Health Equity Quartile positivity rate, which measures progress in the county’s low-income communities, dropped from 5.8 percent to 5.1 percent.

The county logged seven more COVID-related deaths Friday, raising the cumulative total to 5,344. Six of the fatalities occurred in September, raising the death toll for this month to 18 so far.

One other fatality occurred in August, raising the death toll for last month to 133.

That figure stands in stark contrast to the rest of the summer.

The OCHCA also reported 394 new infections Friday, raising the cumulative total to 292,844 since the pandemic began. The agency does not report COVID data on weekends.

There has been a recent jump in the number of infected inmates in the county’s jails, but nowhere near what it was like during an outbreak in the winter wave in December.

The number of infected inmates jumped from 28 earlier last week to 50 on Thursday, with 39 in general population and 11 from newly booked inmates, said Assistant Sheriff Joe Balicki. It declined to 48 on Friday.

The rise in cases appears to be isolated two a dorm in the Men’s Central Jail in Santa Ana and half of a barrack in the Theo Lacy Facility in Orange, Balicki said.

Sheriff’s deputies are working closely with OCHCA officials on contact tracing and testing to tamp down the spread, Balicki said. Inmates are put into medical isolation of they test positive.

“In the past, these mitigation efforts worked very well for us,” he said.

About 45 percent of the jail population is inoculated, Balicki said. Every inmate is offered a vaccine when booked and they are continued to be offered a shot during medical calls, he added.

Many of the positive tests are breakthrough infections of inoculated inmates, Balicki said. Many of the inmates who do test positive are asymptomatic.

Nine sheriff’s employees are at home with infections.

The number of fully vaccinated residents in the county increased from 2,043,693 the previous week to 2,069,128 as of Thursday. That number includes an increase from 1,908,595 to 1,932,614 of residents who have received the two-dose regimen of vaccines from Pfizer or Moderna. The number of residents receiving the one-dose Johnson & Johnson vaccine increased from 135,098 to 136,514.

There are 220,138 residents who have received one dose of Pfizer or Moderna vaccines.