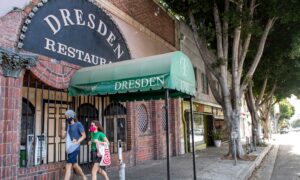 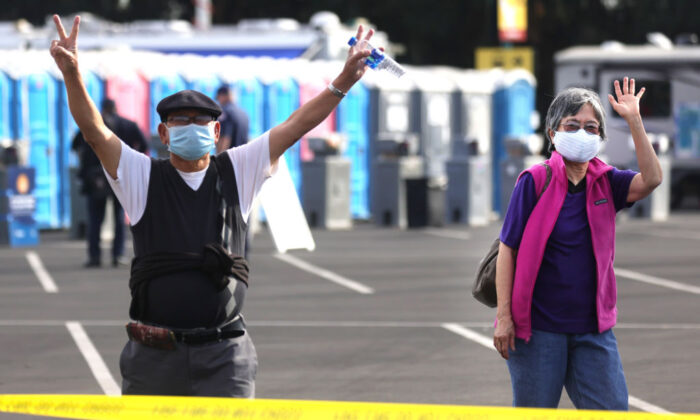 People react after receiving the COVID-19 vaccine at a mass vaccination site in a parking lot for Disneyland Resort on January 13, 2021 in Anaheim, California. (Mario Tama/Getty Images)
Southern California

More than 70 percent of adults in Orange County, Calif. have been vaccinated against COVID-19, health officials say.

The milestone was reached shortly before July 4, a date previously attached to the county’s Operation Independence. It aimed to have all eligible residents who wished to be vaccinated inoculated by the holiday.

Public health officials said June 27 that 70 percent of adults received at least one dose of the vaccine ahead of the long weekend. About 72 percent of Orange County residents were at least partially vaccinated as of July 2, according to Centers for Disease Control and Prevention data. About 63 percent are fully vaccinated.

About 52 percent of Orange County’s total population are fully inoculated; 60 percent have received at least one jab.

“Vaccination has proven to be a vital component in reducing test positivity rates in our county over the last several months,” Orange County Health Care Agency director Dr. Clayton Chau said in a statement.

Since the state’s June 15 reopening, there has been a “slight increase” in the county’s seven-day positivity rate, Chau said, adding more than 90 percent of new cases were among the unvaccinated. More than 95 percent of people hospitalized with the virus are not vaccinated.

The health agency urged the unvaccinated to take precautions against new variants of the virus, include the more-contagious Delta strain.

Chinsio-Kwong continued, “In recent weeks the Delta strain represents an increasing proportion of positive tests in the U.S., California, as well as Orange County. Studies have shown that current COVID-19 vaccines are also effective against the Delta strain, as well as other variants.”