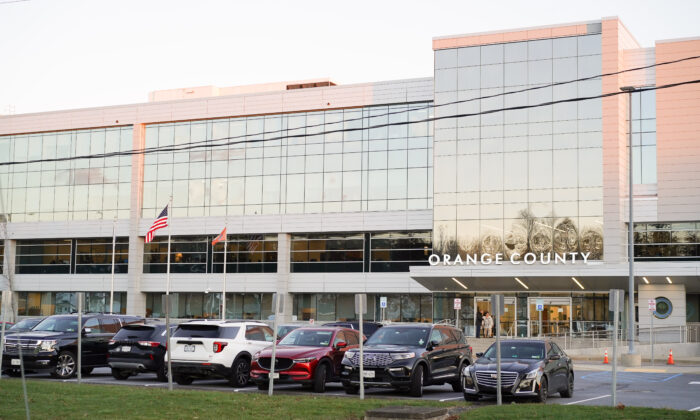 The Orange County Legislature on Dec. 1 unanimously adopted a budget of $897.6 million for next year.

The budget is up 8 percent compared with last year, whereas the property tax levy is down $9.6 million.

The county can take on a bigger spending plan without raising tax levy largely because of the booming sales taxes, which is projected to reach $393.8 million in 2023.

Sales taxes—the single largest revenue source for the county—are estimated to account for nearly 45 percent of income in the coming year.

“Orange County is very blessed with sales taxes,” Republican Majority Leader Thomas Faggione told The Epoch Times. “The eastern edge of Orange County provides a great sales tax base, and Legoland has been a great addition.”

The outdoor theme park—the ninth Legoland park worldwide and the only one on the East Coast—opened in Goshen in May 2021.

Among seven counties in the Mid-Hudson Valley region, Orange County ranked second in sales tax collections this year, only behind Westchester County, according to data by the New York state Comptroller’s Office.

About a quarter of them are to be distributed back to cities, towns, and villages, according to a sales tax sharing agreement between the county and local governments.

Orange County has one of the most generous sales tax-sharing agreements in the Mid-Hudson Valley region.

On Sept. 29, County Executive Steven Neuhaus, a Republican, proposed an $896.3 million budget through a virtual budget presentation, which features a $7.6 million reduction in the tax levy.

In terms of expenses, the cost for human services—which include county services provided to seniors, families in need, veterans, and the labor force—takes up the biggest share, about 27 percent.

Public safety-related services, which consist of the Sheriff’s Office, the District Attorney’s Office, the 911 Center, and probation services, account for 15 percent of the budget.

The proposed budget also took on new initiatives such as upgrades at Thomas Bull Memorial Park, renovation of the county homeless shelter, and reconstruction of four bridges.

On Nov. 14, the county Legislature revised several spending items in the proposed budget, resulting in a net increase of $1.3 million in expenditure.

The revised budget features a $162,000 cost increase in mental health services, a $2 million hazard pay for county employees, and three new job positions at county museums that cost about $156,000.

The Legislature also further reduced the proposed property tax levy by $2 million, largely by extracting more revenues from the interest and earnings account.

In terms of capital projects, the Legislature added two new initiatives: a $1.3 million Warwick County pedestrian trail project and a $1 million Deerpark Harriet Space project, both of which are largely funded by county bonds.