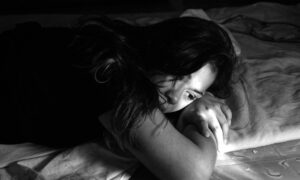 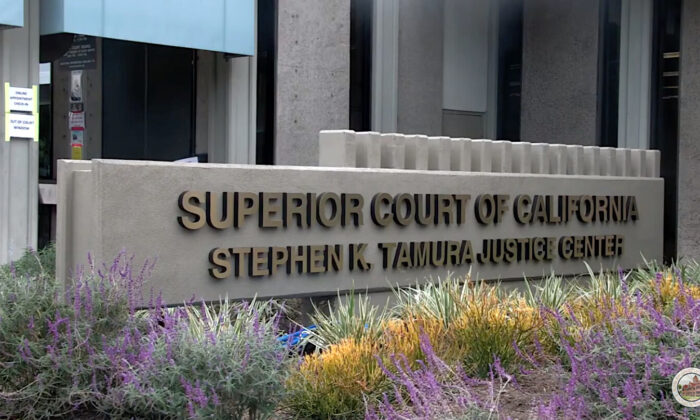 The new name for the Orange County Superior Court's West Justice Center is revealed in a livestreamed ceremony in Westminster, Calif., on Nov. 6, 2020. (Screenshot/YouTube/Superior Court of California County of Orange)
Southern California

The Superior Court of Orange County, California, has renamed its justice center to honor the first Asian American judge on an appellate court in the continental United States.

Stephen K. Tamura’s name was added to the front of the court’s West Justice Center in Westminster in a livestreamed dedication ceremony that honored his work on Nov. 6.

During the ceremony, Susan Tamura, the judge’s daughter, helped reveal the new sign in front of the building.

“My brother John and I would like to thank everyone involved,” she said in a prerecorded video for the event. She then read a statement from the justice’s son, John Tamura.

“People who enter this courthouse may have little or no idea who Stephen K. Tamura was, and the journey he made to have a courthouse named for him, but we hope they’ll know that our father knew the journey was well worth it and that he would be extremely grateful and humbled by the honor you have bestowed upon him today,” John Tamura said in the statement.

As a young man, Stephen Tamura and his family were sent to an internment camp in Poston, Arizona, during World War II. However, in 1943, Tamura was allowed to study at the Harvard School of Law by the War Relocation Authority.

In 1945, Tamura enlisted in the U.S. Army with the 442nd Regimental Combat Team, for which he and his fellow soldiers were awarded the Congressional Gold Medal in 2011.

“That was the regiment that suffered the most casualties and was the most highly decorated regiment in all of World War II,” said California State Senator Thomas Umberg (D-Santa Ana) at the ceremony.

“Justice Stephen Tamura’s story is a story of resilience, dedication, and public service. … It’s my hope that lawyers and jurors, parties and witnesses, and especially young children passing by this courthouse will wonder who is Justice Tamura and why is his name on this building?”

Before the war, Judge Tamura had attended Pomona College, graduated from the University of California–Berkeley, and started a private law practice in Santa Ana in 1938.

“Stephen K. Tamura is a legal icon, not only in the county of Orange in the state of California, but nationwide,” said Orange County Presiding Judge Kirk Nakamura.

“Our family and our community have supported our father during his lifetime and career, and have also honored his memory and provided our immediate family much support. We regret that our mother and our younger brother cannot share this moment with us,” said Susan Tamura.