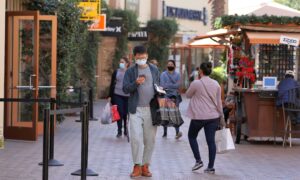 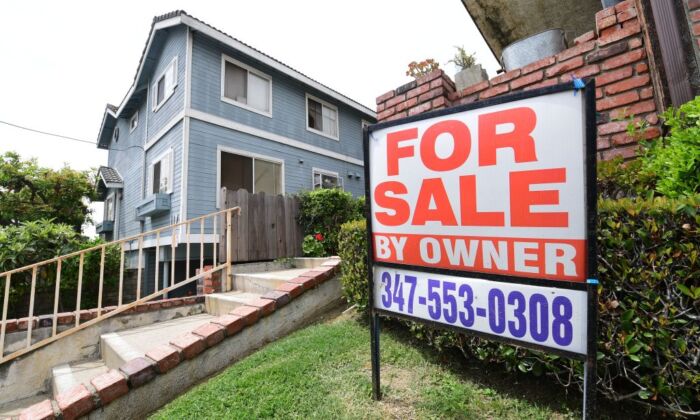 A "For Sale by Owner" sign is posted in front of property in Monterey Park, Calif., on April 29, 2020. (Photo by FREDERIC J. BROWN/AFP via Getty Images)
Southern California

Chapman University is predicting a 10 to 15 percent drop in the median price of detached single-family homes in Orange County, California, by mid-2023.

Faculty from Chapman University’s A. Gary Anderson Center for Economic Research presented on June 16 the institution’s economic forecasts for the nation, state, and Orange County.

He also said that if homebuyers continue to spend 41 percent of their income on principal and interest payments, the median price for detached single-family homes in Orange County would fall from today’s $1.03 million to $880,800, an average drop of more than $150,000.

According to original, separate economic analysis conducted for The Epoch Times, if mortgage rates rise to the 4.9 percent level at the end of 2023, even if median incomes rise to $106,000 and homebuyers continue spending 41 percent on their principal and interest payments, home prices would fall by even more than 15 percent.

All else equal, home prices and mortgage rates have an inverse relationship: as one falls, the other rises.

The Fed is the nation’s central bank. It both regulates many other banks and also sets monetary policy, which determines future inflation and how much money is in the economy. It said that it now expects to be setting overnight interest rates in 2023 at about 0.6 percent, up from the 0.1 percent currently, which it expects to hold through 2022.

This is significant because the Fed’s previous expectation for where it was going to set overnight interest rates in 2023 was only 0.1 percent; however, the Fed’s expectation for its own behavior as of June 16 now matches what the MBA was expecting in mid-May when it predicted the overnight interest rate set by the Fed in 2023 to be 0.625 percent.

As such, it seems that interest rates on 30-year mortgages may continue to increase even beyond Chapman’s prediction. During its June 16 forecast, presenters were emphatic that while Orange County’s housing prices could be in a “bubble,” such bubbles can last a long time.

When Doti was presenting the university’s Orange County housing price forecast for 2023, he said he expects 10 percent to be a minimum price drop from today’s high levels.

If 30-year mortgage rates rise to 3.9 percent, the median price for detached homes in Orange County could fall 17 percent, according to the separate analysis done for this article for The Epoch Times.

All three sets of forecasts, the MBA, the Fed, and Chapman University, are predicting strong economic growth in 2021.

The MBA is predicting a seven percent increase in gross domestic product this year compared to 2020.

Chapman University predicts a 6.7 percent growth rate in the national economy this year.

Taken together, Chapman University’s predictions of higher median incomes in Orange County and continued high spending on housing seem to align with the strong economic growth rates expected by the Fed and the MBA.

If that economic growth brings with it the normal rise in interest rates to induce more savers to save rather than spend and as companies compete for capital, then the university’s prediction of 3.7 percent mortgage rates seems reasonable for mid-2023, as does the concomitant, inverse 10 to 15 percent drop in Orange County house prices.