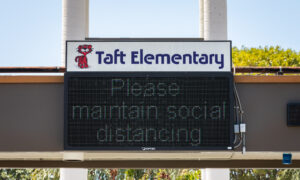 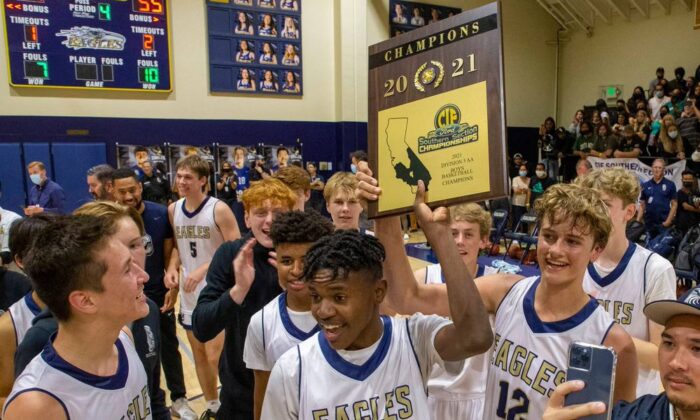 An Orange County, California, private school that stayed open for in-person instruction throughout the COVID-19 pandemic has set athletic records, reported a high academic performance, and dramatically increased its enrollment, according to its staff.

He attributed the students’ success to the “mental health” advantage of being surrounded by fellow teens and their teachers daily.

“Being on campus was the key for a lot of the success for us,” Hughes told The Epoch Times. “Seeing their teammates, and kids in the hallways—for the mental aspect of it—is huge.”

CCHS is comprised of around 450 students; about 80 percent play a California Interscholastic Federation (CIF) sport.

The Santa Ana school is among a handful of private high schools to compete in large public-school athletic divisions.

When CCHS opened its campus last fall, student-athletes were able to utilize the gyms and weight rooms for strength and conditioning during the offseason, Hughes noted.

“I don’t think there was any advantage for us, because the public schools were still allowing their kids to come on campus to practice,” he said.

CCHS won the CIF and went undefeated in a boys wrestling division and a boys basketball division.

The school also placed first in its league for boys baseball, softball, and volleyball, as well as for girls tennis and basketball.

About 95 percent of CCHS’s student body regularly attended in-person classes, although students were given a distance-learning option.

CCHS officials said the school followed guidelines from the Centers for Disease Control and Prevention in terms of masking and social distancing for in-person instruction.

Of the graduating senior class at CCHS, almost half earned above a 3.5 academic GPA, Principal Jason Huffman said.

CCHS also reported a dramatic increase in enrollment due to students transferring from public schools that stayed closed during the pandemic, Hughes said.

The school’s enrollment had been declining for 12 consecutive years, but “shot up” during the pandemic, he noted.

“With the shutdown, a lot of people were not happy with … the school system in public schools and how they handled it,” Hughes said. “We’re getting kids transferring in because we were open year-round, and offered in-person classes.”

Hughes said that some of the kids transferring from public schools were reportedly struggling with grades and depression due to the isolation from distance learning.

He said it was refreshing for the students who transferred, as they entered an environment with teachers and other students.

“These kids were suffering from depression and not having a sense of community,” Hughes said.

“There’s a light at the end of the tunnel. They had a hope that—by being on campus—the world was going to open back up and things may have some normalcy in their lives.”