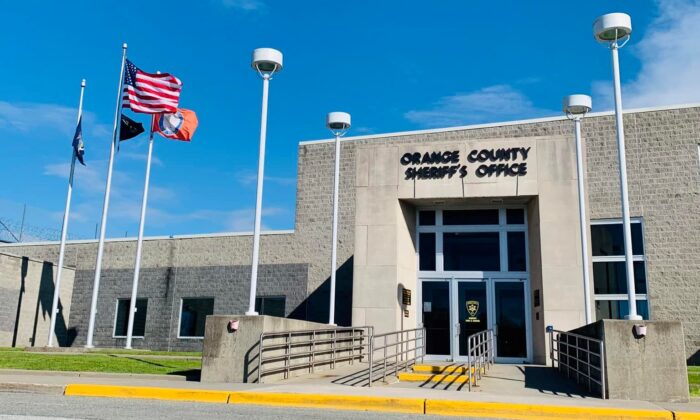 The new laws require a review of new concealed carry permit applicants’ social media accounts for the past three years, yet guidelines for the review are still in development.

The New York State Division of Criminal Justice Services is tasked with issuing the guidelines.

“We have to know what a social media review is composed of. It’s a hang-up because it is undefined in the law itself,” Orange County Undersheriff Kenneth Jones told The Epoch Times on Sept. 6. He expects to receive the guidelines in October.

As of now, firearm training courses are also suspended at the Orange County Sheriff’s Office, pending the development of a new 16-hour course—another new requirement for concealed carry permits by the laws.

The office just received the course design from the Division of Criminal Justice Services, Jones said.

In Orange County, the sheriff’s office must sign off on pistol permit applications before they can be handed over to superior court judges for decisions.

There are about 38,000 pistol permit holders in the county, Jones said.

The laws removed the unconstitutional “proper cause” clause while adding a slew of new requirements for concealed carry permits and a long list of gun-free zones, including places of worship, educational institutions, mass transit hubs, and Times Square in New York City.

Jones said the new laws were passed to demur the Supreme Court opinion.

“The opinion doesn’t seem that crazy to me, but it does seem crazy to people who grew up in New York City or have a near city mindset because they are used to only the criminals and cops having guns. I think culturally they cannot digest the fact that law-abiding citizens with guns don’t really pose a risk,” he said.

“The criminals don’t care. The governor said, ‘Oh, we are going to put up signs on Times Square saying that you cannot bring a gun in here.’ The only ones who care about the signs are law-abiding citizens,” he said.

Jones said he did agree with one thing in the laws—the body armor ban.

The Epoch Times reached out to Gov. Kathy Hochul’s office for comments.

Hochul said at past press conferences that the new gun laws would curb gun violence and make people in the state safer.

Jones disagreed. “If you want to affect crime rates, you will make sure criminals who shoot people go to jail. If you really want to make society safe, what you would do is secure the people who commit violence on other people. That is a basic pillar of government,” he said.