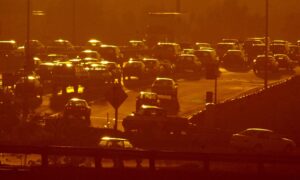 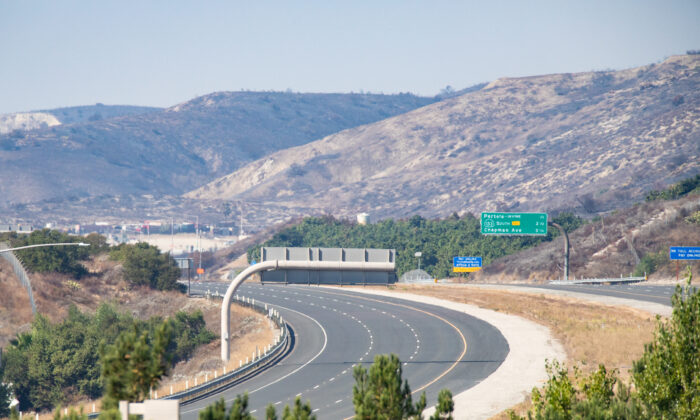 SANTA ANA, Calif.—The Orange County grand jury June 21 issued a critical report about the county’s toll roads, arguing the agencies overseeing them should be working to retire debt and transition to freeways.

The “$28 Billion for a $2.8 Billion Road” makes the case that the transportation corridor agencies have become a self-perpetuating bureaucracy with no end in sight.

“The grand jury recommends the [Transportation Corridor Agencies] develop and implement a written plan to pay off all debt by 2040, the original maturity date of the initial debt offering,” according to the report.

The grand jury said it wants the plan submitted by the end of the year with recurring annual updates.

“This allows for completion of the 91 Express Connector and other projects currently in planning,” the grand jury said. “This will result in debt service savings of approximately $1 billion.”

The grand jury also recommended the agency eliminate impact fees paid by developers once the debt is paid off. Until then the fees should go toward paying off debt.

Orange County Supervisor Lisa Bartlett, who serves on the Foothill/Eastern Transportation Corridor Agency board, said even if the agencies retire the debt and put themselves out of business it may cost motorists more money in the long run because the state would take over the roads and continue assessing tolls.

“The State of California will continue the toll road and charge what they want, which could be significantly higher than the TCA charges,” Bartlett told City News Service.

“I’m informed the roads will not be free” if turned over to Caltrans, Bartlett said.

“I would rather maintain local control and charge a reasonable rate rather than turn it over to the State of California and let them charge whatever they want,” Bartlett said.

Bartlett said the TCA charges less than the 91 express lanes at peak hours and less than many toll roads across the country.

In a letter to the grand jury on June 21, Samuel Johnson, TCA’s chief executive, said the report contains “inaccuracies and missing elements… some of which involve background information and others that will influence our formal response.”

Johnson said the report has a “Lack of recognition of the economic value the roads have provided in contributing to Orange County’s quality of life.”

Johnson added that the “key oversights in the report are the assumption regarding how the boards may operate over the next 30 years—decisions that clearly have not been made; and the implication that the boards are not developing plans around their respective financial stability.”