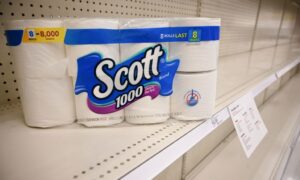 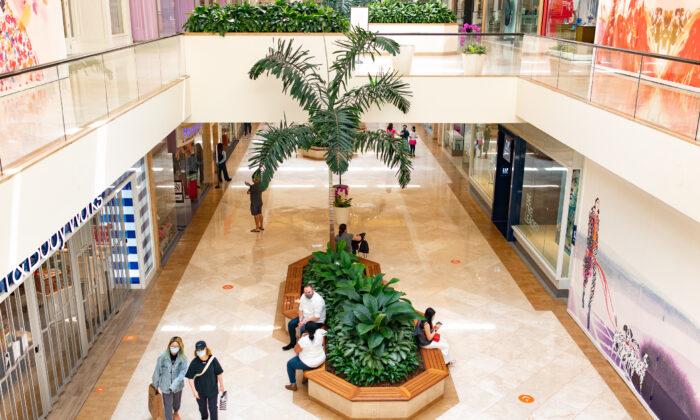 SANTA ANA, Calif. (CNS)—Orange County’s shopping malls likely will suffer on Black Friday, traditionally one of the busiest holiday shopping days of the year, because of COVID-19 pandemic restrictions, but overall local retailers will fare well thanks to online commerce, a Chapman University professor said.

“What’s important is that by staying at home people don’t spend as much as they would have under normal circumstances so the savings are much higher than what they would have been otherwise,” said Raymond Sfeir, director of the A. Gary Anderson Center for Economic Research at Chapman University in the City of Orange.

“Now the personal savings are over $1 trillion more than at the beginning of the year,” Sfeir said.

In April, the “saving grade” of disposable income was 33.7 percent, Sfeir said.

By October, the percentage had fallen to 13.6 percent, “because we’re spending more, people went out more, they started traveling, going to restaurants,” Sfeir said.

With that extra cash it’s a good bet shoppers will buy more this holiday season, he added.

“There has been more spending on goods than services” this year, Sfeir said. “Because people are staying at home they’re ordering online for goods.”

Home prices “are going through the roof,” Sfeir said, adding in September “prices were up by more than 14 percent compared to the previous year. You don’t see that very often with housing.”

“Our wealth is much higher than what it used to be, so that induces people to spend more,” Sfeir said. “I think we’re going to have a good season in November and December.”

“That’s a solid increase given what happened in April and May,” Sfeir said.

However, the year has been a tale of two cities for the upper and lower classes, he acknowledged.

“Those who work in restaurants or cafes or hotels. These are at the bottom scale of the salaries. These are the people who have been hurt and have relied on unemployment and [a stimulus] check from the government. There’s one chunk of people doing fine and another portion not doing very well.”

But the people who still hung on to their jobs and are coping well in the economy outnumber the needier people, Sfeir said.

“That’s why you see consumption going up,” he said.

“I would not be surprised if things will be 8 or 9 percent more than last year” for the holiday season, Sfeir said. “That’s because of pent-up demand.”

Shoppers are less likely to go to brick-and-mortar stores this year, Sfeir said.

“I wouldn’t be surprised if national retailers have sales more than 30 percent [less] than last year because of people switching to ordering online,” Sfeir said. “This will be at the expense of stores and malls.”

The rise in COVID-19 “will scare people from going to the mall. I don’t think the malls will do very well this year,” Sfeir said.

Orange County will be particularly hard hit this year because of the shutdowns of Disneyland and Knott’s Berry Farm, Sfeir said.

“Orange County is not going to do as well as the rest of the state partly because of Disney. They play a very big role as employer in the county and its impact on tourism in general, and everything related to that,” Sfeir said.

“Anaheim will certainly be hit much more than the rest of the county, because of those who go to Disneyland stay in hotels in Anaheim and surrounding cities, and they eat there and shop there and go to the gas stations there, etc.

“So being closed—that will hurt Orange County’s economy a lot. … Luckily, it is a rich county and people will spend a lot of money, but we can’t discount the importance of Disney and Knott’s Berry Farm and the impact on the local economy.”

The District at Tustin Legacy

Despite the new restrictions on capacity in stores, the District at Tustin Legacy will still offer a festive destination for Orange County residents.

“In fact, most of our tenants started Black Friday earlier this month because of social distancing” requirements, said Shannon Campbell, a spokeswoman for the shopping center.

“Target has been offering deals all month long to avoid the crowds. I’m sure we’ll see a lot of people come out on Black Friday because it’s drilled into us, but I don’t think the deals will be any different on Black Friday.”

Shoppers will be able to take pictures in front of the trees with their kids and enjoy the holiday music, but Santa Claus won’t be making any personal appearances this year.

Instead, the District will offer “virtual Santa photos online,” with shoppers uploading pictures and having the kids photoshopped into an image with Santa Claus.

All the District’s restaurants are prepared to have outdoor dining, too, Campbell said.