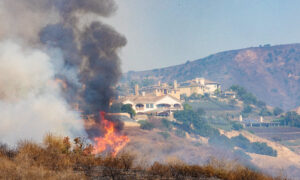 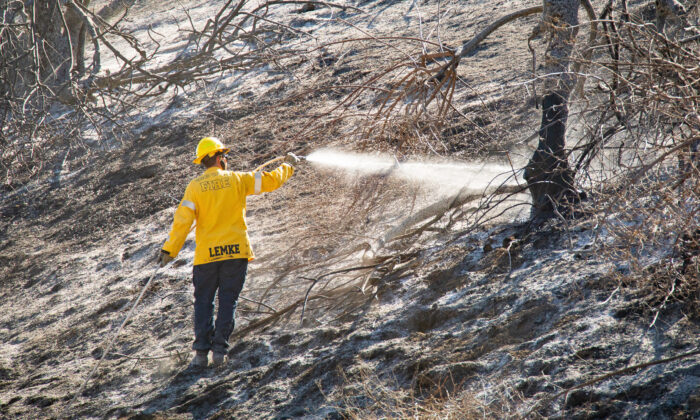 YORBA LINDA, Calif. (CNS)—The Blue Ridge and Silverado wildfires, which damaged homes in Yorba Linda and Irvine and caused thousands of residents to evacuate, have been almost fully contained.

More than 1,100 firefighters worked to mop up hot spots and extend containment lines. Full containment of both fires was expected by Nov. 10.

The two fires both started on Oct. 26. The Silverado Fire began first, at 6:52 a.m. off the Foothill Transportation Corridor (241) in the Irvine area, followed by the Blue Ridge Fire at 2:32 p.m. north of the Riverside (91) Freeway in Yorba Linda.

The Blue Ridge Fire has burned 13,694 acres, destroyed one structure, and damaged 10, according to Cal Fire.

The containment of both fires had been listed at 93 percent early on Nov. 2 before increasing on the morning of Nov. 4 to current levels.

At last report, two firefighters remained in critical condition after suffering second-and third-degree burns in the Silverado Fire, which was driven by powerful Santa Ana winds.

“Our thoughts and prayers continue to be with our hand crew firefighters that were seriously injured battling the Silverado fire,” Concialdi said on Nov. 2.

“They are getting exceptional care at the burn center and their families appreciate all the love and support from their fire family and entire community.”

There are 784 firefighters assigned to the Silverado blaze and 335 to the Blue Ridge Fire, Cal Fire said.

The cause of both fires was unknown.