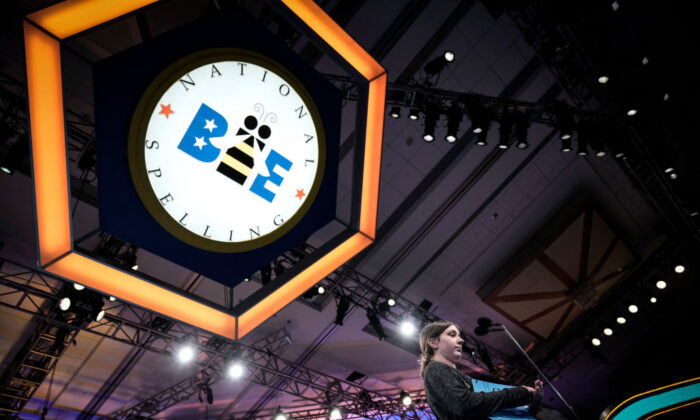 LOS ALAMITOS, Calif.—A middle school student from Orange County, California, advanced to the quarterfinals of the 2022 Scripps National Spelling Bee after advancing through three rounds of spelling—but stopped in the fourth round on June 1.

Jason Khan, an eighth-grader attending McAuliffe Middle School in Los Alamitos, misspelled lepper, a horse skilled in jumping. However, he was close—as he spelled it leper.

Among the 234 competitors, Khan is one of the 88 spellers who entered the quarterfinals this year, the first fully in-person Bee since 2019.

Khan won the first round by correctly spelling threnody, meaning a poem or song of mourning or lamentation.

He then picked the correct word meaning for the multiple-choice question in the second round. The question was “What does it mean to upbraid?” for which he selected “reprimand severely.”

In the third round, he advanced by correctly spelling diffident, which describes lacking confidence in oneself.

According to his Spelling Bee bio, the 14-year-old is part of the associated student body in his school and has a wide variety of interests, including playing board games with his family, riding a bike, listening to music, and reading dystopian fiction novels.

This will also be Khan’s final Spelling Bee, which has been limited to students in eighth grade or below.

To date, Orange County has never had a speller win the national spelling contest.

The semifinal is on the evening of June 1, and the final is on June 2.