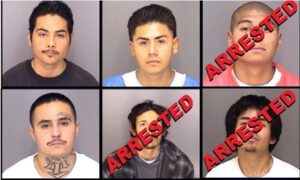 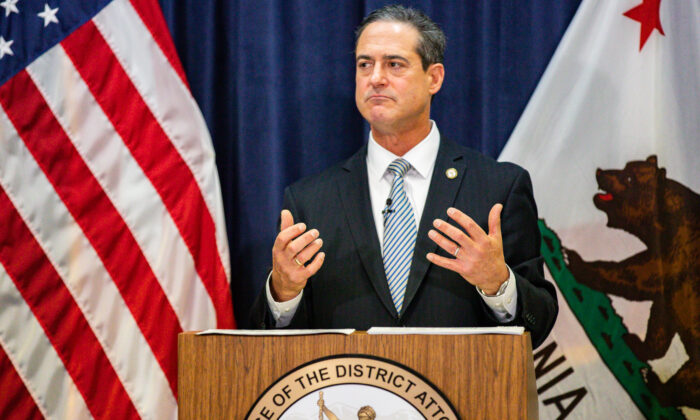 SANTA ANA, Calif.—Orange County District Attorney Todd Spitzer on July 8 called for reforms in the firefighting program for state prison inmates in response to one inmate’s joyriding spree in a Cal Fire truck on the Fourth of July.

Cameron Zoltan Horvath, 31, is accused of going off-roading in a stolen fire truck after leaving his assignment battling a brush fire in El Dorado County on July 4, according to the district attorney’s office. Horvath attempted to carjack another vehicle when the fire truck got stuck in a ditch, authorities said.

Horvath was doing a 10-year sentence that started in 2015 after he was convicted of carjacking a woman in Orange County. He also had a prior conviction for attempted carjacking in 2014.

He led law enforcement on a chase in the stolen vehicle before taking a deputy’s patrol vehicle during the pursuit, prosecutors said. He also got into a scuffle with deputies at a hospital following his arrest and attempted to grab a firearm from a deputy.

Horvath, who was in the state’s inmate firefighting program, was helping to battle a brush fire sparked by illegal fireworks July 4 when he left in a fire engine, prosecutors said.

Spitzer’s office noted that in 2005, another inmate—Marlon Ruff—walked off from the Eel River Conservation Camp in Humboldt County while doing time for beating and robbing an armored vehicle guard and fatally shot a San Francisco police officer before taking his own life.

In 2010, Jeffory Lynn Shook, who had led police on chases in Orange County and attempted to run over a detective in Placer County, escaped from a fire camp, Spitzer said.

Dana Simas, a spokeswoman for the California Department of Corrections and Rehabilitation, said Horvath was “an isolated incident” that prison officials and others were investigating.

“This individual will no longer be eligible to participate in the firefighting program,” Simas said.

“It is important to note that the act of one individual is not reflective of the conservation camp program at CDCR, or its participants, who volunteer for this program, and have to meet numerous criteria in a manner that is consistent with public safety,” Simas said. “This includes being designated as `minimum custody,’ the lowest security classification awarded based on their sustained good behavior and for consistently following the rules within the prison and participation in other rehabilitative programming.”

She added that, “The actions of one person should not overshadow the crucial and difficult work many of our incarcerated hand crews do to protect the state from wildfires and other disasters. When not fighting fires, camps participants perform invaluable conservation and community service projects such as clearing brush and fallen trees to reduce the chance of fire, maintaining parks, sand bagging, flood protection and reforestation. They work hard to serve their time productively and give back to the state and their local communities.”

“They have to do a better job of screening” inmates for the program, he said.

Spitzer has also taken issue with a new state law that allows the inmates participating in the program to get their criminal records expunged.

“No one’s record should be expunged,” he said.

The expungements are not automatic. Defendants must petition a judge to have their criminal records cleaned up.