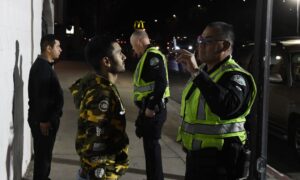 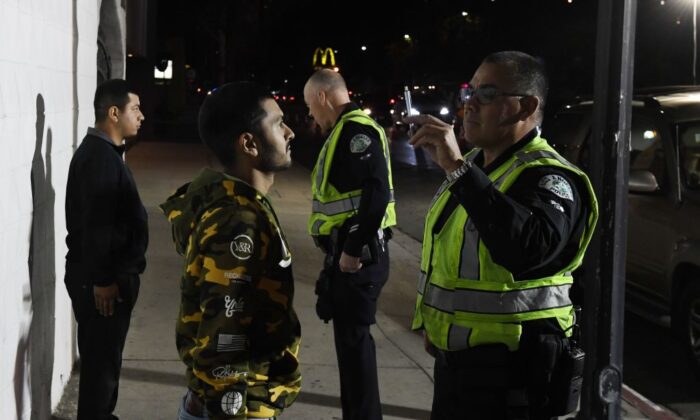 The Orange County District Attorney’s Office has received $1.8 million in grants from the California Office of Traffic Safety (OTS) that will provide needed resources for the prosecution of drunk and drugged driving cases both in the county and statewide.

The announcement comes after the DA’s Office was selected by OTS to continue serving as the statewide training agency to teach law enforcement and lawyers how to effectively prosecute impaired driving cases.

The first grant of $1,039,400 will allow the DA’s Office to continue operating the California Traffic Safety Resource Prosecutor Training Network, which trains officials involved in prosecuting impaired driving cases on the best way to approach the material successfully.

Kimberly Edds, the DA’s public information officer, told The Epoch Times that the Orange County DA’s Office is responsible for running training programs “all across California.”

“[The program] brings together prosecutors, police officers, forensic scientists—anybody who’s involved in prosecuting drugged driving and drunk driving … so they have the most up-to-date training, [and] they’re up to date on the newest statutes [and] any kind of limitations on the law,” she said.

In addition to the in-depth training, the program also provides “resources for people in the future so that they can successfully prosecute some of these cases.”

The DA’s Office also received a $761,738 grant that will fund its Alcohol and Drug Impaired Driver Vertical Prosecution Program.

“The [grant] funds our eight vertical DUID [driving under the influence of drugs] prosecutors,” Edds said. “They review, file, and prosecute almost all the drug impaired driving cases out in Orange County.”

She said the grant will help prepare the prosecutors “so they have specialized training, and they’re dedicated to filing those cases.”

According to the press release announcing the grants, in 2011, the DA’s Office created a multi-agency collaborative DUID prosecution, investigation, and toxicology model that has served as a foundation for the development of a statewide program.

The latest grants will fund the DA’s subsequent programs for a year, Edds said, and the money will start to be used Nov. 15.

“One of the really exciting things about this year’s grant is the grant helps fund one of our drug recognition experts,” Edds said.

“He’s part of our training team, but he also testifies in court to bolster the prosecutions of drug-related cases [and] drug-related prosecutions. So this grant is allowing us to hire a second drug recognition expert, and so we’ll have that added resource.”

“We’re in the process—because Orange County has experienced over the last couple months a significant increase in drugged driving cases—[of training] other DRE’s and other police agencies on the importance of having a drug recognition expert at every serious injury crash, because those serious injury crashes can sometimes end up being fatal crashes, even though they aren’t fatal up from the onset,” she said.

“And so we need to make sure that we are preserving the expert observations of a drug recognition expert. Should that serious injury later turn into a potential murder case, then we have the ability to have that expert observation as part of our prosecution.”

Edds said the DA’s Office has seen a 40 percent increase from last year to the same time this year in drugged driving cases in Orange County, and attributes the increase to the statewide legalization of marijuana in 2016.

Despite travel challenges due to the COVID-19 pandemic, the DA’s Office during the 2020 grant year has already conducted more than 25 trainings to prosecutors, peace officers, toxicologists, community members, and policy makers regarding the “dangers, investigation, and prosecution” of driving under the influence of drugs.