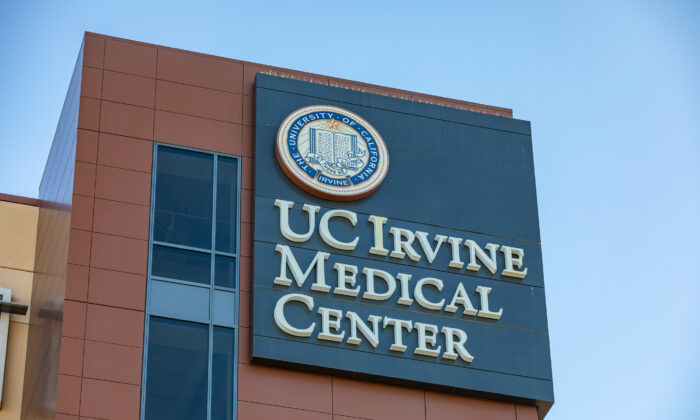 SANTA ANA, Calif.—The number of hospitalized patients increased from 288 Tuesday to 291 Sept. 29, with the number of intensive care unit (ICU) patients increasing from 72 to 82, according to the Orange County Health Care Agency (OCHCA). Despite the slight increase, the county has seen its number of COVID-19 patients gradually decline in the last two months.

The county also logged another 305 new cases of COVID-19 raising the total to 297,237 since the pandemic began.

Eight more coronavirus fatalities were recorded in Orange County, five in September and three in July, increasing the total to 5,426.

The death toll for September is 67 and 156 for August, a stark contrast with the rest of the summer.

Dr. Clayton Chau, chief health officer and the director of the OCHCA, said the county by now “should be over 70 percent of eligible individuals,” who have received at least one dose of a COVID-19 vaccine. He said the vaccination rate among seniors is about 90 percent.

Dr. Regina Chinsio-Kwong, deputy county health officer, said Friday that 94 percent of the people who died in August were unvaccinated.

Without vaccines the death toll from this summer’s surge, which was fueled by the more contagious Delta variant, would have been higher, Chinsio-Kwong said.

“We could have been losing more people to Delta if we didn’t have the vaccination rates we have,” Chinsio-Kwong said.

Eight of the people who died from COVID-19 complications in August were vaccinated and at least 65 years old, Chinsio-Kwong said. Seven were older than 75 and one who was between 65 and 74 was in a skilled nursing facility, she added.

All Orange County residents who died from COVID complications in September were not fully vaccinated, Chinsio-Kwong said. One had received one of two doses of the Moderna vaccine and the others did not receive any doses, she added.

Dr. Jose Mayorga, executive director of the University of California–Irvine Health Family Health Centers, told City News Service Wednesday that he is encouraging residents to get flu shots this season because this year’s cases of influenza are likely to be much higher than last year.

Mayorga said the difference between this year and last is more children are back in classrooms, more residents are back to work in offices and there is mask fatigue from some.

“Last year’s flu season was an absolute anomaly,” Mayorga said of the low level of cases.

“Why? Because people were at home working remotely, children were at home doing remote learning for the most part and we were extensively using our masks,” Mayorga said.

“What has happened now is children are back to school and mask usage has dramatically declined. This could dramatically impact the rise in flu cases.”

Experts are worried the flu will make a big rebound and the season will drag on longer than usual. Typically, the flu season starts at the end of fall or the beginning of winter and can extend through March, Mayorga said.

It can take up to four weeks for some to build up the proper immunity when vaccinated, so now is the right time to get a shot, Mayorga said.

Mayorga advised residents to make sure they get COVID-19 and flu shots, because anyone lacking one or the other and who gets infected may present issues for doctors trying to diagnose one or the other viruses, Mayorga said.

Also, because both viruses cause inflammation there’s a danger of getting infected with both.

“Talk about a double whammy,” Mayorga said. “That’s a really worrisome one-two punch that could put you at high risk of dying.”

Mayorga emphasized that residents should brush off the myth that flu shots can cause the flu. They don’t, he said. As with the COVID-19 vaccine, a breakthrough infection of the flu can be significantly minimized because of the
vaccine, Mayorga said.