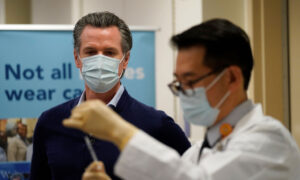 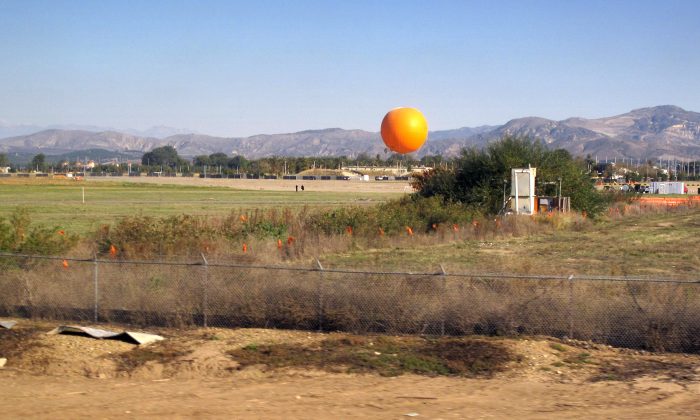 Orange County has decided to relocate a vaccination site planned for the Great Park in Irvine, California, due to concerns about traffic flow.

County officials contacted city representatives prior to a Jan. 26 Irvine City Council meeting, during which they were expected to approve a licensing agreement with the county for the site, to inform them that Five Point—the owner of Great Park—decided to change the location because of potential traffic congestion. Officials are considering a nearby Five Point campus instead.

City Councilmember Larry Agran told The Epoch Times he was angered by the sudden change of plans for the mass COVID-19 vaccination site.

“We were finally on track to get it at the Great Park site … and then the plug got pulled, because of, apparently, Five Point’s intervention with the county,” Agran said. “It looks like the developer is calling the shots here. There are no nearby residents that would be affected with the use of the Great Park site.”

Orange County chief real estate officer Thomas “Mat” Miller wrote an email to interim city manager Marianna Marysheva saying the site had to be changed due to a concern about the “traffic flow and the possible impacts on area residents.” Miller said there were “logical issues to address” before the county could make a final commitment to a site.

City Councilmember Anthony Kuo told The Epoch Times that traffic has been an issue in the area previously.

“There are homes out there, there are senior citizen communities out there,” Kuo said. “We’ve had a couple of events out there in the last year where there has been some congestion.”

At the council meeting, Agran urged the city manager and mayor to remain aggressive with the county, and ask it to “follow through on its initial indication that they would be approving … a mass vaccination site at the Great Park.”

He said hundreds of Irvine residents have contacted the city, requesting officials to open a nearby vaccination site.

“We have hundreds of hundreds of people contacting us. ‘How do I get a vaccination? Why don’t we have our site in Irvine?’ All kinds of stories. So that’s why I offered a motion to direct the city manager to press the county on this point,” Agran said.

However, the council chose to reject Agran’s motion and instead offered to continue to work with the county to find a new site.

“Time is of the essence here, obviously,” Agran said. “This is life and death. And the fact that people in the city of Irvine and south county have access to the Great Park, which would be a perfect site for vaccinations, [make] this … unacceptable.”

City officials said there would be no delay in distributing vaccines due to the setback, and estimated that a site would open in mid to late February.

Councilmember Kuo is part of a liaison committee between the city and the county. He said county officials and the Irvine Police Department conducted a tour of another Five Point site—the Gateway/Broadcom campus—on Jan. 26 and Jan. 27 to determine the feasibility of locating a vaccination center there.

“If they want to come back to the Great Park, great. If they want to go to the Broadcom site and need traffic control, we’ll be there to help control traffic,” said Kuo.

He said the decision for the site is up to the county. “The vaccination effort is a county effort,” he said, adding that the city would act as “basically a short-term landlord.”

“I just want it in the city, and I want it delivered as quickly as possible,” Kuo said.

“All of this is also contingent on how many vaccines the county has access to. … If we keep opening sites and the vaccines aren’t available, we’re going to have sites where they’re not working at full and maximum capacity.”