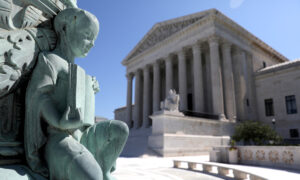 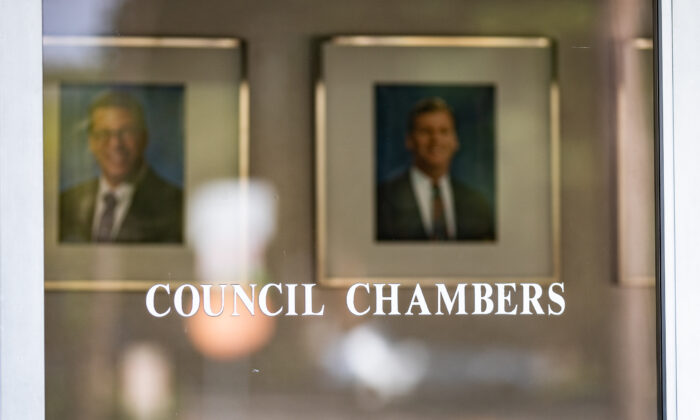 The entry to Council Chambers at The City of Orange Civic Center in Orange, Calif., on Oct. 6, 2020. (John Fredricks/The Epoch Times)
Southern California

Alvarez was elected to the city council in 2012 and re-elected four years later. The city imposed term limits in 1996, barring anyone from serving more than two consecutive four-year terms on the city council.

No one who has served more than six consecutive years can serve an additional consecutive term on the council. That means a council member must take a two-year hiatus before running again.

City council elections in Orange were held on an at-large basis until 2019 when the city switched elections by district.

However, Scott added the attorneys did not provide “any persuasive extrinsic evidence the city or its voters intended redistricting to reset or loosen term limits.”

Alvarez has 10 days to appeal and can hang on to his seat during that time, but after that the council must replace him.

When asked for comment, Alvarez told City News Service, “This just happened today. I am not prepared to discuss it, possibly next week.”

“We’ve now set the precedent that the term limits will prevail for this city and other cities down the road that switch from general to district elections,” Winuk said.

“This decision strengthens term limit laws such as the one that had been in place in Orange.”