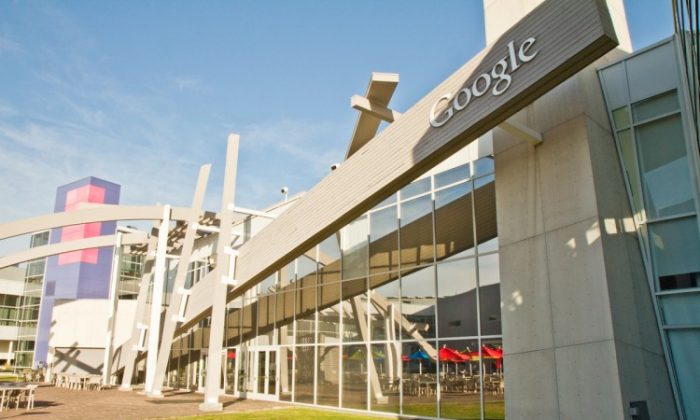 Google Headquarters at 1600 Amphitheatre Parkway in Mountain View, California. Google and Oracle will be going to court Monday, April 16 over the use of Java in the Android operating system. (Jan Jekielek/The Epoch Times)
Tech

Oracle and Google will be facing off starting Monday, April 16, as the two software and services giants go head to head in court over the use of Java in the Android operating system.

The two companies have been locked in a court battle since October 2010, when Oracle filed the lawsuit against Google alleging improper use of Java in the now popular Android mobile operating system. Oracle at that time alleged that Google owed it “billions of dollars” in damages for its use of Java in Android and in patent royalties. Industry watchers were surprised at the size of the lawsuit, and some predicted that Oracle would be able to squeeze Google or even put an end to Android.

Since then, the billions of dollars have been whittled down to millions, and the initial seven patents that Oracle asserted in the case have been cut down to two patents, one of which expires at the end of this year. Google was able to successfully get the other five thrown out by the U.S. Patent and Trademark (USPTO) office, and to dilute the strength of the two remaining patents.

What remains now, according to analysts, is mostly a copyright issue and some possible patent royalties. Google, Oracle and the court-appointed expert are all putting the total sum that Google has to pay Oracle at about 20 to 30 million dollars—a far cry from the $6.1 billion dollars that Oracle wanted—with a small royalty payment for every Android device sold if Oracle were to prevail in the lawsuit.

The case is being closely watched by many in the computer industry, since Oracle’s copyright case involves the use of programming application programming interfaces (APIs) and language specifics in Java. APIs allow programmers to make calls to underlying parts of the computer or phone hardware and operating system, and the software industry is concerned that an Oracle win in this case would complicate software development, as it would mean that even programming header files and definitions will have to be carefully scrutinized for legal minefields, which could significantly slow down the software development process.

In a widely cited Infoworld article, Simon Phipps, who worked at IBM and then Sun Microsystems on the Java programming language, wrote “If Oracle wins, the decision could set a legal precedent that legitimizes controlling behaviors by platform vendors—and introduces a complex and unwelcome legalism into software development,”

Judge William Alsup called the case the “World Series” of intellectual property lawsuits due to the length and size of the case. He also said that there is “only one winner” in a world series.

Alsup repeatedly criticized both Google and Oracle during the initial phase, saying that they were both “asking for the moon.” He rejected much of both Oracle’s damages report and Google’s court responses, anointing a court-appointed expert to come up with damage estimates. He also summoned the CEOs of both companies—Larry Page of Google and Larry Ellison of Oracle—and other top leaders at both companies for a series of court-mediated meetings to find a resolution before the case went to trial.

Neither side blinked, and the court will now go to full trial with a jury on April 16.