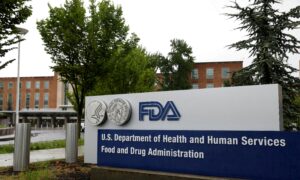 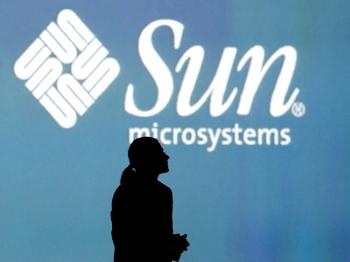 The purchase, completed on Monday morning in an all-cash acquisition by Oracle, was unanimously approved by Sun's board. The move rearranges the technology industry instantly, especially the high-end server market in which Sun competes with IBM, Dell, HP, and Cisco Systems.

The $7.4 billion acquisition goes down to $5.6 billion net of assumed debt. The purchase was completed at $9.50 per share, around 20 percent above Sun's stock value at the time of purchase, and 10 cents over the highest bid that IBM was believed to have offered.

IBM was reported to have initially offered $10 to $11 when it started talking with Sun over a month ago, but backed down to $9.40 a share after it was apparent that the merger might lead to anti-competition regulation and other issues. IBM eventually backed down from the bid over two weeks ago.

Probably most importantly for Oracle, the acquisition gives Oracle access to Sun's most prized and well-known software technology—the Java platform.

Java, announced by Sun in 1995, allows developers and consumers to write and deploy one piece of code that can run on multiple platforms without modification. Its launch, which coincided with the explosion of the World Wide Web, was embraced by Netscape, where Java allowed website developers to write applets to perform interesting applications to end users.

Since then, however, Java has gradually lost its foothold as a website applet platform, and has seen Macromedia (now Adobe) Flash take over. However, Java's presence in writing server-side and enterprise applications has grown, and it now competes directly with Microsoft's .NET technology as one of the two top programming models for writing business and enterprise software.

Sun also says that there are over 6 million Java developers worldwide, and that the software has been installed on 800 million desktops and on more than 2.1 billion mobile phones.

Oracle relies heavily on Java technology for its Oracle Fusion Middleware (OFM), a portfolio of Oracle's business software products outside of its core database application. OFM spans technologies such as service-oriented-architectures, identity management, collaboration, content management and a host of other business applications and brings them together.

An Oracle press release called Java "the most important software Oracle has ever acquired." The company also promised to "ensure continued innovation and investment in Java technology for the benefit of customers and the Java community."

The acquisition also positions Oracle as a company that delivers a complete product stack—including hardware and software.

Sun's Solaris operating system is among the leading platforms for running Oracle's software, and the acquisition will allow Oracle to ship a complete integrated solution with Sun's hardware and operating system and Oracle's business software.

However, industry watchers predict that Oracle may eventually merge Sun's Solaris and the open-source Linux platform, which Oracle also supports.

Sun is also owner of the MySQL open-source database, which competes with Oracle's own database offerings. The company has also heavily promoted OpenOffice, an open-source alternative to Microsoft Office.