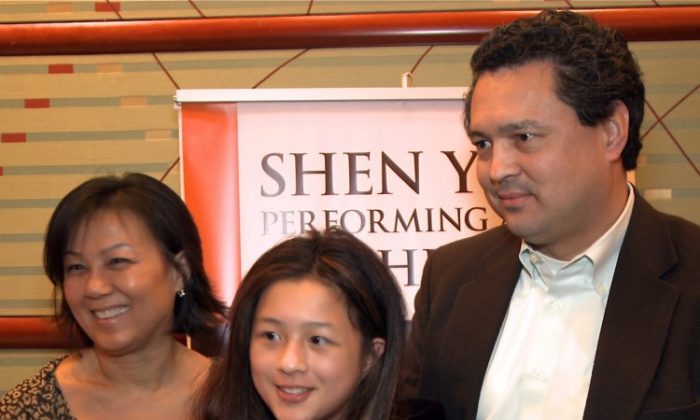 Shen Yun is the premier classical Chinese dance company and is currently in the midst of a 2012 global tour. “Shen Yun presents colorful and exhilarating performances of classical Chinese dance and music. A performance by Shen Yun is a presentation of traditional Chinese culture as it once was: a study in grace, wisdom, and the virtues distilled from the five millennia of Chinese civilization,” states Shen Yun’s website.

Cindy Alvarez, options trader in finance said, “I’m really enjoying it. They are really good, it’s fun. Their costumes are interesting, and I see a dance from the province that my grandmother came from—that’s a highlight for me, it’s really cute.” Mrs. Alvarez is from Thailand but her grandmother is from China.

Shen Yun’s performance is one of classical Chinese dance and rounded out with pieces including Chinese ethnic and folk dance. According to Shen Yun’s website, “China has 55 officially recognized ethnic minorities, and their distinct ways of life reflect discrepancies in local topography, climate, and religious tradition.”

Mr. and Mrs. Alvarez brought their 12-year-old daughter to see Shen Yun. “I really liked the show, and I liked all the dresses, they were really fancy and cool and wavy.”

Shen Yun’s Orchestra blends instruments from the East and the West and “seamlessly blend these two systems to create one fresh, harmonious sound is what makes the Shen Yun Performing Arts Orchestra unique,” according to Shen Yun’s website.

Mr. Alvarez said that his daughter loves Chinese culture. “Yes, she loves it as well. Right?” he asked his daughter. Lauren said “Right.”