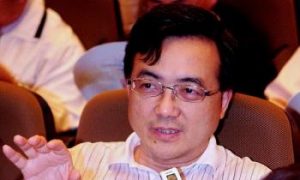 Physician: 'Their smiles came from the heart'
0
Beyond Science

Optical illusions can help reduce pain in some osteoarthritis sufferers, researchers from The University of Nottingham in the U.K. have discovered, according to a university press release.

Led by Dr. Roger Newport from the School of Psychology, the team came across the finding purely by chance at the university’s Community Open Day a year ago when participants tested out MIRAGE technology that digitally manipulates real-time video footage of users’ hands to create illusions of body distortion.

When combined with physically pulling or pushing the fingers, the illusion fools the person into thinking the hand is being shrunken or stretched. [To view a video of the illusion, click here.]

“During the course of the day the grandmother of one of the children wanted to have a go, but warned us to be gentle because of the arthritis in her fingers,” said study co-author Catherine Preston, now at Trent University, in a press release.

“We were giving her a practical demonstration of illusory finger stretching when she announced: ‘My finger doesn’t hurt any more!’ and asked whether she could take the machine home with her! We were just stunned—I don’t know who was more surprised, her or us!”

Twenty arthritis sufferers with an average age of 70 partook in a study to test MIRAGE’s effectiveness in relieving pain. Control tests were included, such as manipulating non-painful parts of the hand and visually distorting the image of the whole hand.

The MIRAGE system proved effective, with 85 percent of participants saying that their pain was halved, and one-third of the participants having their pain temporarily eliminated.

“This research is an excellent example of how fundamental research can often produce unexpected and significant results. In my early career, I was lucky enough to receive internal funding to develop the MIRAGE technology, which is unique to The University of Nottingham,” Newport said in the press release.

“Without that support we never would have unearthed this surprising and exciting result, which potentially could be extremely important to the millions of people who suffer from this painful and debilitating illness.”