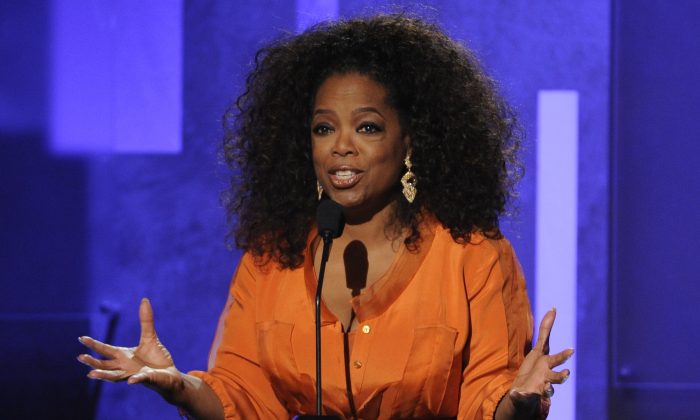 FILE - This Feb. 22, 2014 file photo shows Oprah Winfrey speaking at the 45th NAACP Image Awards in Pasadena, Calif. Winfrey will visit eight cities this fall for a two-day arena event called “Oprah’s The Life You Want Weekend.” Winfrey will go on stage on a Friday night in each city, then the next day a circle of personalities she has featured on OWN and her talk show over the years will join in. Organizers said Wednesday, March 26, 2014, that the first stop will be in Atlanta the first weekend of September. (Photo by Chris Pizzello/Invision/AP, File)
Entertainment

Talk show host-legend Oprah Winfrey has made many people laugh, and smile, and cry tears of joy over the years, except one. Her neighbor, retired physicist Charles Goodman, who filed a lawsuit against Winfrey and her land development purchase that could block off an important hiking trail.

Fox News reported that Goodman claimed that Winfrey’s production company Yellow Brick Road LLC and the Town of Mountain Village reached an agreement to allow Winfrey to close off the trail. The 60 acres in Mountain Village, just west of Telluride, CO, was purchased for $10.9 million in March.

The 1,347 page-long case filed in Sam McGill County Courthouse claimed that Winfrey closed the access to the most popular trail in the community, the Water Line Trail, which snakes through the land she bought.

In an easement that was settled 25 years ago, the trail was privatized and Winfrey could easily choose to close down the trail and put up gates and fences.

“Doctor Goodman can live with Oprah, if Oprah can live with us and respect our hiking,” said Goodman’s attorney Robert Korn, in a CBS interview.

According to CBS, Winfrey’s attorney said the allegations are not true, although neither sides have reached out for negotiation.