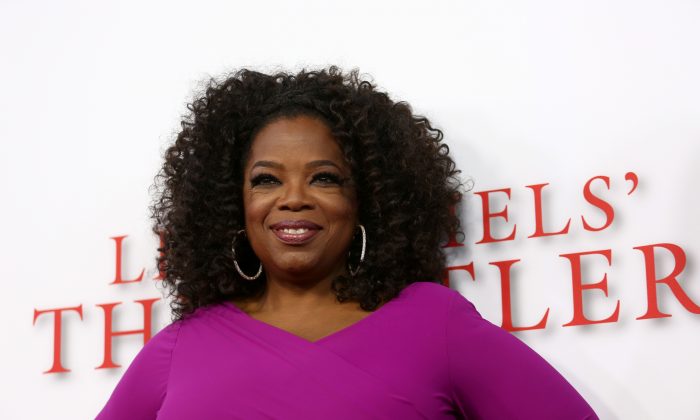 Several days ago, the longtime talk show host and head of the Oprah Winfrey Network tweeted a photo of Trump and President Obama with the message: “Everybody take a deep breath!  #HopeLives!”

“@Oprah please do not normalize this man. Minority children are already being targeted,” wrote one person in response to Oprah’s statement. “Take a deep breath how ? And also why?”added another.

Said another, “For real Oprah.. Your class privilege is showing.”

“I was expecting tension, awkwardness, and strain. So, when I saw them sitting together, and I actually took a picture of the screen that said ‘President-elect Trump honored to meet Obama,'” she told ABC. “And President Obama was being so gracious, and I heard Donald Trump say, ‘He’s a good man.’ I heard Donald Trump say, ‘I’m going to be seeking his counsel.’ I literally went … I can breathe now.”

“My mistake, and what I know to be true, you can never talk about everybody,” Winfrey said. “Even in your arguments with your husband and your children. Don’t talk about what you should do, what you outta do, what everybody else should do, only speak for yourself.”

She added that the tweet was mainly about the “transition of power” and not “everything.” The tweet, she noted, was about her own reaction.