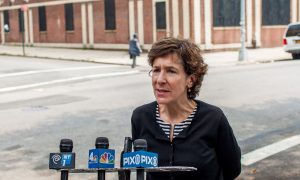 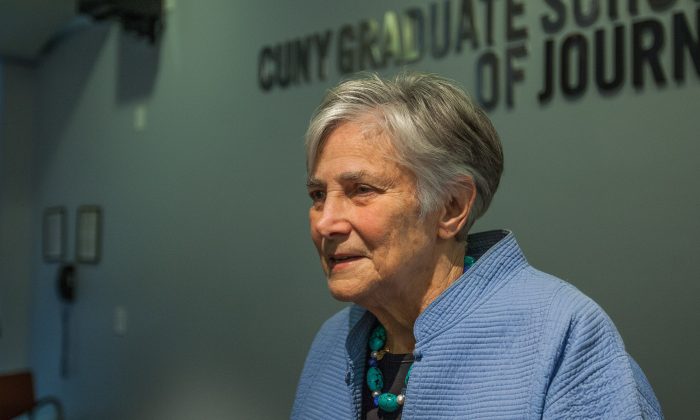 Opposing Voices on Education Agree on Pre-K and More

NEW YORK—What Diane Ravitch and Joel Klein agree on regarding education? Not much one may assume.

Ravitch, education historian and former education adviser to President George W. Bush, used to be an advocate of the current brand of education reform, but experienced a change of heart several years ago.

Now she believes the nation is obsessed with standardized tests, warns against handing over public education to the private sector through charter schools, and criticizes former Mayor Michael Bloomberg for closing almost 200 schools.

Both had a chance to give an update on their views on Dec. 3.

Ravitch spoke at CUNY Graduate School of Journalism about education data abuse in the morning, while Klein discussed his new book at a Manhattan Institute event in the early afternoon.

Surprisingly, they had quite a few overlaps.

Most prominently, both agreed on the importance of preschool. “We’re wasting the first five years [of children’s lives],” Klein said.

Ravitch touted lifelong gains from preschool, but stressed success stories came from “the programs where children had expert teachers and where they were given high quality preschool.”

Both criticized the federal preschool program Head Start for not placing enough emphasis on quality. On the other hand, Head Start operators have been for years complaining about lack of funding.

Both also approved of giving principals more power and holding them accountable. Though Klein claimed both as his successes, while Ravitch argued he didn’t do a good enough job on both.

The education experts called for better preparation of teachers. Ravitch wants tougher standards for getting teaching credentials, while Klein wants to revamp how colleges train teachers, calling for more practice, than theory.

What Ravitch failed to give Klein credit for was an increase in high school graduation rates from less than 50 percent to 65 percent during his tenure.

Before that the rates hovered below 50 percent for about a decade. “They were quite content operating just the way they were and smug about the fact that what they were doing is fine,” Klein described the atmosphere in the system when he took the office.

Klein’s explanation of the increase relied on closing big high schools with low test scores and replacing them with smaller schools. But that may not tell the whole story. Not all small schools worked.

Also, she criticized, many of the small high schools Klein opened were “allowed to exclude English Language Learners and kids with disabilities,” she said. “The kids that nobody wanted ended up in the big schools and big schools went downhill very quickly.”

“When things are working, people in the education system spend all their time trying to disprove that they’re working,” Klein quipped, as if expecting Ravitch’s argument. “People are in a business of ripping things down.”

Whether the numbers overall went up thanks to, or despite Klein’s efforts, after his shake-up the system ended up with many more teens with a high school diploma.

Still, the legacy Klein created took a toll, leaving many relationships broken. His view that “the schools system doesn’t want to change,” made many veterans of the system his enemies.

“If you were an educator you were somehow tainted,” Ravitch described the atmosphere. “If you were an MBA you knew more about education than experienced educators.”

Klein acknowledged that was a mistake. “I didn’t create the relationship with teachers that I needed,” he said. The reason he gave was that he mistook, in his view, respect-deserving teachers for innovation-stifling teachers union. “I think that’s a view that I shouldn’t have accepted,” he said.