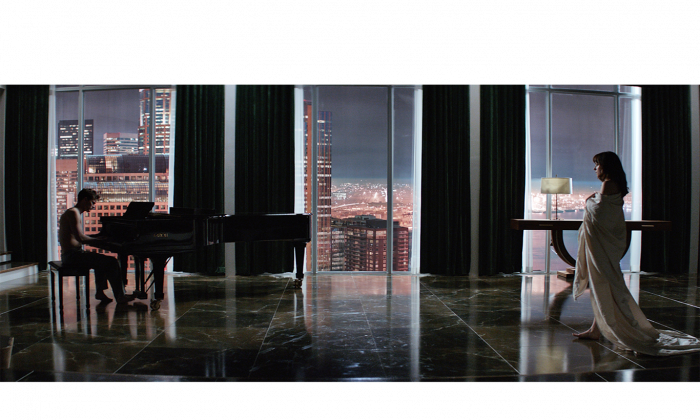 Oppose Violence Against Women by Boycotting ’50 Shades of Grey’

In 1990, the highly successful film “Pretty Woman” took theatres by storm with the highest ticket sales in history for a romantic comedy. Today, the film’s cultural impact on a whole generation has been significant, swapping the brutal and exploitive nature of prostitution with glamour and romance. Many of the young people that I talk to about human trafficking tell me their sole impression of prostitution is based on “Pretty Woman.”

On Valentine’s Day, another film started to warp the minds of a new generation. “50 Shades of Grey,” a film based on the bestselling book of the same name, is being portrayed as a “date night” movie of romance and intrigue. However, the movie (and the book) is about humiliation, degradation, and the emotional and physical abuse of women by men.

The fairytale ending of the film, just like in “Pretty Woman,” is one that millions of victims of sexual violence never experience. As one survivor of sexual violence shared “’50 Shades’ is a horrible reminder of my own abusive relationship, repackaged as a ‘love story.'”

Nevertheless, “50 Shades of Grey” will convey to countless women that abuse and coercion can be romantic, and to men that deep down women like to be controlled and assaulted.

Many supporters of 50 Shades of Grey claim that female lead Anastasia always consented to the abuse. However, consent under physical or psychological duress is not consent. It’s no different for prostituted women. Many of them have often shared with me that, until separated from their abusive pimp or trafficker, they “consented to” selling sex.

Even Jamie Dornan, the lead actor playing Christian Grey, was uncomfortable with the nature of the character saying, “There were times when Dakota was not wearing much, and I had to do stuff to her that I’d never choose to do to a woman.” Jamie also revealed that while he has “played a couple of sick, sick dudes, serial killers…and characters who don’t treat women the way society deems appropriate, Christian was a massive challenge.”

Despite the popularity of “50 Shades of Grey,” leading women’s rights advocates are speaking out. Dr. Gail Dines, a professor at Boston’s Wheelock College, and Megan Walker, Executive Director of the London Abused Women’s Centre, have joined forces to launch the 50dollarsnot50shades campaign encouraging people to donate the money they would have spent to see “50 Shades of Grey” to a women’s shelter instead. This is an important campaign and an excellent opportunity to raise awareness about sexual violence.

Today, we have come a long way in Canada when it comes to women’s equality and rights. So it is critical that we continue to cultivate a society that affirms the value and dignity of women and sends a clear message that sexual violence is never romantic or acceptable.

We can start by boycotting a film that glamourizes abuse and exploitation, and instead, support the survivors of sexual violence and women’s shelters in our communities. We cannot allow “50 Shades” to influence another vulnerable population of youth like “Pretty Woman” did. The cost is too high.

Joy Smith, B.Ed., M.Ed., is the Member of Parliament for Kildonan-St. Paul.