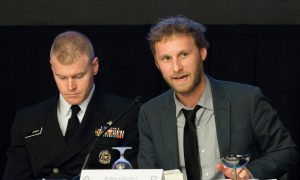 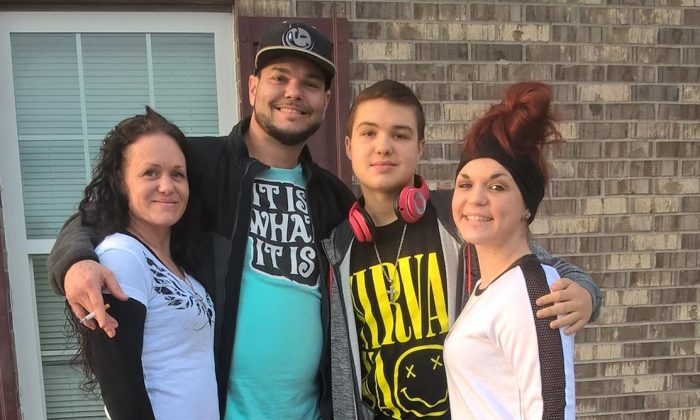 (L-R) Janice and Michael Ardt with their son and daughter in 2015. (Courtesy of Janice Ardt)
US Features

Millions of Americans recovering from drug addiction amid the opioid crisis face a looming danger of losing their children as social workers are tempted by twisted incentives to separate families even over smaller lapses in parental judgement.

With 20 million Americans needing addiction treatment (pdf) and more than two million hooked on opioids, many families struggle to maintain a wholesome environment for their children. With federal funding on the line, even well-meaning workers of the Child Protective Services (CPS) are then nudged to label parents unfit and funnel hundreds of thousands of children to the shelter and foster care system, where the children often end up faring even worse, at times facing abuse.

Last year’s federal legislation pushed the system somewhat in the right direction, but much work remains, multiple stakeholders made clear to The Epoch Times.

In December 2014, the couple was taking care of their friends’ three children for two weeks in Kentucky when the police and local Department for Community Based Services (DCBS) workers knocked on the door.

“Someone called in on our friends saying there were drugs in the home,” Janice told The Epoch Times via email.

Oblivious to the seriousness of the situation, they let the police in and even agreed to undergo a drug test. No drugs were found in the house, but the test came back positive for methamphetamine.

The DCBS took their 13-year-old son as well as their friends’ three children.

The three children were at school at the time. Their son wasn’t even staying at the house—he was staying with the Ardts’ adult daughter at the time. And the Ardts weren’t actually drug addicts anymore—as was later confirmed in court, they said. However, in the government’s eyes, they were already bad parents, and despite years of efforts, they never got their son back.

It’s not that CPS is removing children for no reason at all. However, often it’s hard to see a sense of proportion in the actions of the state agencies that operate on a mix of state and federal funding.

In fiscal 2017, there were over 440,000 children in the foster care system. CPS alleged physical abuse in only 12 percent of the cases. Sexual abuse pertained to 4 percent and housing to 10 percent, according to data by the federal Department of Health and Human Services (pdf).

In nearly two thirds of the cases, parents were accused of neglect—a nebulous term with broad definitions that differ from state to state.

In general, neglect means some physical or emotional needs of a child aren’t met. But the CPS workers sometimes resort to inane arguments to prove their case, as demonstrated by the high-profile case of “baby Dylan” in Connecticut.

“Is a 4-year-old eating a piece of cake without sitting at the table, or a small child climbing on a picnic table, or a child eating sweets before enough dinner a safety concern?” The Day’s Deborah Straszheim reported in 2017. “The [CPS] employee said it was.”

Drug use of parents is another major factor in neglect accusations, involved in more than a third of CPS removals.

“If we can get the parent to admit to anything with regards to drugs, we … get the removal,” said former CPS investigator in Texas Carlos Morales, author of the “Legally Kidnapped: The Case Against Child Protective Services,” in a 2013 Youtube video.

“If you admit using marijuana on a weekend when you work with the kids that’s considered emotional and physical neglect and that can lead to the removal of children,” he said.

In the Ardts’ case, the couple was recovering from an opioid addiction that started after Michael was prescribed pain pills because of a neck injury. As is common for opioid abusers, they turned to taking the pills for the high and quickly ended up with physical dependency—something the drug companies pushing the pain pills claimed wouldn’t happen.

The sickening withdrawal symptoms are commonly alleviated with prescribed medication, like methadone, but the Ardts had a different, much more dangerous approach: every now and then, perhaps once in a few months, they would take methamphetamine.

“[It] worked for us although was not the right way to approach it,” Janice acknowledged.

They never did it with children around. “I’m not saying that justifies testing positive, but it doesn’t make us bad or unfit parents,” she said.

It did in the DCBS’s eyes. The agency didn’t respond to a request for comment.

Why Would They Do It?

Research has persistently showed that children coming out of the foster care system have substantially worse life outcomes than children in general. Moreover, a study came out in 2007 indicating that in marginal cases of neglect and abuse, where both keeping the family together and removing the child was a plausible option, the children that stayed with parents still did a bit better than those removed, though the results mainly pertained to children aged 10-15 (pdf).

Then, with all the heartache of breaking up a family, why would CPS workers do so unless absolutely necessary?

The situation was perhaps best explained by former Georgia state Senator Nancy Schaefer in her 2007 report “The Corrupt Business of Child Protective Services.”

“The funding continues as long as the child is out of the home,” she said (pdf).

For decades, the system has generally worked as follows:

The federal government pays about half of CPS expenses and the longer the child stays in the system, the more resources are consumed, the more services are provided, the more case workers and lawyers are hired, and the more federal dollars flow in.

Since the 1997 Adoption and the Safe Families Act, pioneered by then-first lady Hillary Clinton, the federal government even offers cash bonuses to the states for every child they adopt out of foster care. The stated idea of the measure was to get children out of foster care sooner because adopted children, research suggests, do better than those in foster care. Yet the bonuses created an incentive to keep as many children as possible in foster care for at least 15 months, so that they could be potentially offered up for adoption.

“In order to receive the ‘adoption incentive bonuses,’ local child protective services need more children,” Schaefer said. “They must have merchandise (children) that sell and you must have plenty of them so the buyer can choose.”

Schaefer was found shot dead in 2010 along with her husband. Police said the husband killed her and then himself, but no motive was found.

While the federal funding may be a pressure for CPS supervisors, CPS investigators and case workers are not necessarily aware of how their salary is sourced. They have their own pressures, however.

Morales said he would get a monthly evaluation in which the number of removals would count toward a salary hike at the end of the year.

The system is set up in a way that every level of the bureaucracy can simply blame their supervisors, he said.

“You can always blame any kind of inaccuracies or terrible atrocities that occur on someone else,” Morales said.

Regardless of motivation, the incentives appear to have moved the needle over time.

More than a quarter of the children in the foster care system remain in there for over two years. The average time spent in the system is over 20 months.

The number of children exiting the system by reuniting with their parents dropped from 55 percent in 2003 (pdf) to 49 percent in 2017 (pdf). Meanwhile, exits through adoption increased from 18 percent to 24 percent.

In short, the CPS has run on removals, not on the number of parent-child relationships they were able to rehabilitate.

In February 2018, Republicans in the House of Representatives slipped into the 2018 budget bill the provisions of the Family First Prevention Services Act. The bill allows the federal government to use the foster system funding on services that help prevent a child’s removal from their family and help families stay together. Now it’s up to the states to put those programs in place.