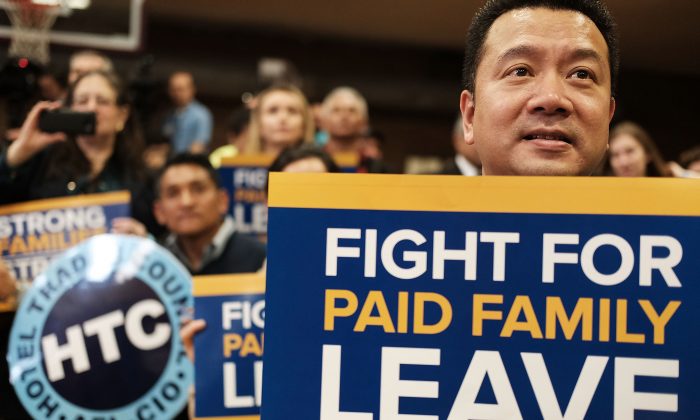 No individual or family should every have to choose between their paycheck and a loved one who needs care, but sadly, that’s a decision that many working people are faced with. Although federal law allows for 12 weeks of unpaid leave without the risk of being fired, many simply cannot afford to take the time off. This is unacceptable, and New Yorkers deserve better—the time for a paid family leave policy here in New York is long overdue.

In fact, the United States lags behind almost every single country when it comes to this critical policy, being just one out of three nations in the entire world that doesn’t provide some version of paid family leave.

Up until recently, Oman, a country in the Middle East, was also on that shortlist. Women in Oman gained the right to vote just 13 years ago and the equal right to own property eight years ago; of the country’s 84 seats in parliament, only one is filled by a woman. Yet, today, even Oman grants 50 days of paid maternity leave. Only Suriname and Papua New Guinea remain alongside the United States as the three nations on our planet to not provide any paid family leave to its working citizens.

One of my top priorities has always been creating a level playing field to ensure that everyone in our state has a chance at economic security, and paid family leave is a step in that direction. That’s why I’m a strong supporter of legislation included in this year’s Assembly budget proposal, which provides up to 12 weeks of paid leave for employees to bond with a new child or care for a sick relative. The legislation requires private employers to offer a paid leave benefit to employees to cover two-thirds of the worker’s average weekly pay. This would be funded through a small employee contribution of up to a maximum of 45 cents per week.

The more financial stability families are able to establish, the stronger New York as a whole will be. In fact, paid family leave stands to benefit both workers and employers. Allowing workers the time off they need to respond to life emergencies without placing undue financial burden on them will improve employee satisfaction, loyalty, and retention, as well as contribute to an overall more robust workforce.

The Assembly has passed paid family leave for a number of years and with the Governor now on-board, all that is needed is support from the State Senate. New Yorkers literally cannot afford to wait any longer for paid family leave.