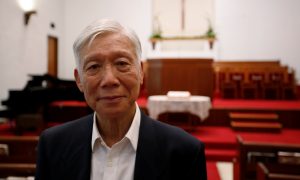 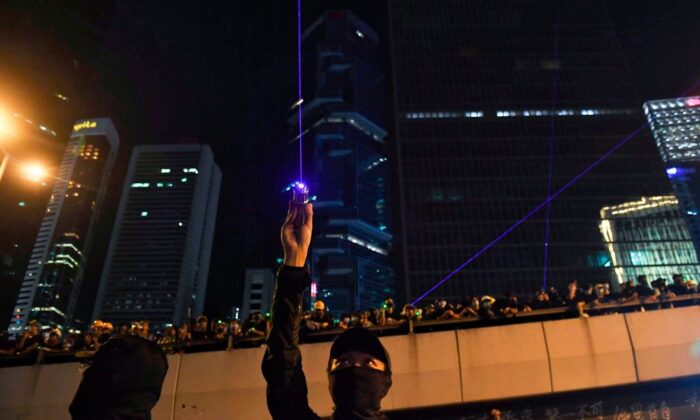 An inflatable speedboat, iPhones, and a compass … five young men from Hong Kong, aged 18 to 26, risked their lives to escape to Taiwan by sea in July last year with simple equipment and more than 10 hours’ steering in fear. These are some of the scenes that three of them recently shared with The Wall Street Journal.

The three young men are Ray, a 25-year-old warehouse employee; Tommy, a 22-year-old art student; and Kenny, a 26-year-old civil engineer. They told The Wall Street Journal that at the time of their escape from Hong Kong, all three were in hiding, and two of them had been charged by Hong Kong authorities, likely to face years in prison.

For security reasons, only their English names were given, with their last names withheld.

Ray, Tommy, and Kenny all decided to flee Hong Kong after they felt they were unfairly persecuted for their involvement in pro-democracy protests in 2019. They spent about $1,300 each on an inflatable speedboat with twin engines. Previously, Tommy and Kenny had each spent thousands of dollars trying to escape from Hong Kong but to no avail.

To avoid reprisals from the Hong Kong government, they did not disclose who organized the escape.

One day in mid-July last year, after taking turns steering for more than five hours, and navigating into international waters with their iPhones and a compass, they slowed down and ate their stores of chips, candy, and canned corn.

Then, after more than 10 hours on the water, they shut down the engine. Kenny wrapped a rope around a propeller, causing one of the engines to overheat and get damaged. They figured that with only one engine and not enough fuel, people who found them would have to take them ashore.

In the darkness, they sent SOS signals with a flashlight, and about an hour later, the Taiwan Coast Guard took them to Dongsha and from there, to a secret location in Kaohsiung. The authorities there provided them with living supplies.

Some of the five had hoped to stay in Taiwan but were told they had to leave. Taiwan’s national security officials were concerned that assisting the Hong Kong fugitives might be used by the Chinese regime as pretext to invade Taiwan.

Samuel Chu, the Hong Kong-born Washington-based director of the Hong Kong Democratic Council, told The Wall Street Journal that the State Department contacted him after learning of the escape and asked him to help bring the five men to the United States through the humanitarian parole process. The State Department declined to comment on the matter.

It took six months but on Jan. 13 this year, the five men arrived in New York on a commercial flight via Zurich. Now, they are applying for political asylum in the United States.

However, not all of those who escaped the mainland have been as lucky. On Aug. 23 last year, another 12 Hong Kong residents fled by sea but were intercepted by the Guangdong Marine Police. They were arrested and detained.

Two months later, eight of them were sentenced to seven months in prison.

Then, on Oct. 10 last year, nine Hong Kongers were arrested for assisting the 12 in their escape attempt—four men and five women, the youngest being 27-years-old and the oldest 72-years-old. Among them are Zhong Xueying, a member of local political group Hong Kong Indigenous, and Tang Yuen Ching Christina, wife of Hong Kong social activist Liu Shanqing.

On Jan. 14, Hong Kong police arrested another 11 people on charges of helping the 12 intercepted Hong Kong residents cross the border last year, including lawyer and District Councilor Daniel Wong Kwok-tung, and mother of Willis Ho, deputy secretary-general of the student organization Hong Kong Federation of Students. Wong had set up an “Umbrella” restaurant in Taiwan to provide help to Hong Kong activists living in exile in Taiwan, who have been involved in the anti-extradition bill protests in Hong Kong.

The risks associated with escape attempts are high. But for many Hong Kongers who are facing long sentences for participating in the anti-extradition bill protests, they still choose to flee.

Zheng Cunzhu, vice chairman of the United Headquarters of the China Democratic Party, told The Epoch Times that “New Operation Yellowbird” was launched to help the Hong Kong people who have been forced to flee.

“They have no place to go after they flee, so we help them come to the United States and seek protection here,” Zheng said.

So far, four Hong Kong residents who participated in the anti-extradition bill protests have been granted asylum in the United States through “New Operation Yellowbird,” and many more are awaiting interviews or court appearances.

One of them, Vann (pseudonym), a 21-year-old Hong Kong exile, was granted asylum in immigration court in mid-June. Vann still bears scars left by the Hong Kong police.

The name “Operation Yellowbird” comes from the poem “The Yellow Bird in the Wild Field,” by Cao Zhi, a prince of the state of  Wei in the Three Kingdoms period of China (from 220 to 280 AD), and an accomplished poet.

“While the snare is glad to catch the yellow bird,
The young man feels sorry for it.

“When he draws the sword and cut the snare,
The yellow bird is set free to cut the air. ”

At that time, Cao Zhi was unable to rescue his close friends, so he expressed his distress with this poem, which has been loved and spread widely in China ever since.

Kathleen Li contributed to this report.