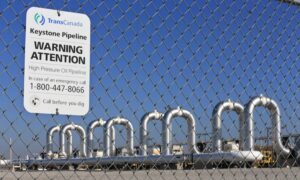 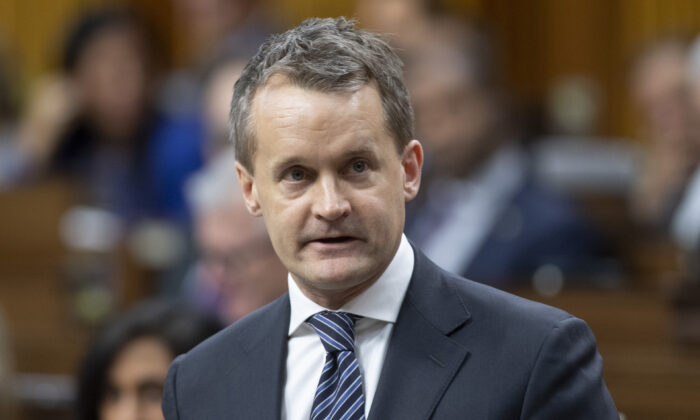 ‘Operation of Line 5 Is Non-Negotiable’: Natural Resources Minister on Michigan’s Order to Shut It Down

Natural Resources Minister Seamus O’Regan says the operation of Enbridge pipeline Line 5  is “non-negotiable,” and the federal government is prepared to “invoke whatever measures we need” to stop Michigan from shutting it down.

“We are fighting for Line 5 on every front and we are confident in that fight,” O’Regan said during a testimony before the Special Committee on the Economic Relationship between Canada and the United States on Thursday.

“It is an operational pipeline that not only employs people in Ontario and in Alberta and in Quebec, but provides energy security to those provinces and to U.S. states as well.”

The Line 5 pipeline, which crosses Wisconsin and Michigan, brings oil from Western Canada east, where it is refined in Sarnia, Ontario, into products like gasoline, diesel, and home-heating fuel. Shutting down Line 5 would have a major impact on the crude oil supply of Eastern Canada and cost thousands of jobs.

On Nov. 13, 2020, Michigan Gov. Gretchen Whitmer ordered the shut down of Line 5 by May 2021, saying Calgary-based Enbridge posed an “unacceptable risk of a catastrophic oil spill in the Great Lakes,” which violates the terms of the 1953 easement that allows the line to cross the bottom of Straits of Mackinac, a waterway to her state.

But “Enbridge’s Line 5 has served Michiganders safely without incident at the Straits crossing for more than 65 years, over nine different State Administrations,” the company said in a statement following Whitmer’s announcement.

Enbridge has since taken the matter to court and said it won’t stop operating the pipelines “based on the State’s unspecified allegations and its violation of federal law.”

“Repeated offers by Enbridge over the past year to meet with State officials to discuss pipeline issues of concern to the State, provide technical information and discuss matters that might be helpful to the State’s review of the easement were consistently ignored and dismissed,” said Enbridge in a statement on Jan. 12.

“Consequently, the State made its claim on ill-informed, inaccurate, out of date and unsupportable opinion.”

Kirsten Hillman, Canada’s U.S. ambassador told the committee that diplomats and governments will play a role in finding a solution.

“These are very different,” O’Regan said as he defended Ottawa’s efforts on the Keystone XL, which President Joe Biden cancelled on his first day in the White House.

When asked if he agreed with Whitmer’s concerns that Line 5 poses significant environmental risks to Michigan, O’Regan replied, “No, I do not.”

Omid Ghoreishi and The Canadian Press contributed to this article.