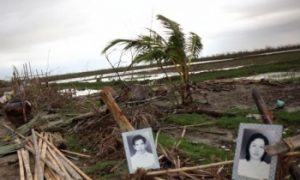 A secret operation to run guns across the border to Mexican drug cartels—overseen by U.S. government agents—threatens to become a major scandal for the Obama administration.

The operation, called Fast and Furious, was run out of the Bureau of Alcohol, Tobacco, Firearms, and Explosives (ATF) office in Phoenix, Ariz. ATF sanctioned the purchase of weapons in U.S. gun shops and tracked the smuggling route to the Mexican border. Reportedly, more than 2,500 firearms were sold to straw buyers who then handed off the weapons to gunrunners under the nose of ATF.

But once across the border, the agency seemed to lose track of the weapons. Hundreds of AK-47s and Barrett .50 caliber rifles—favorites of warring drug cartels—made it easily into the hands of some of Mexico’s most ruthless crime organizations.

In arms trafficking parlance, knowingly allowing smugglers to go about their business is called gunwalking. According to ATF whistleblowers, the agency stood by and watched as buyers purchased up to 20 weapons at a time and quickly passed them off to smugglers in nearby parking lots. The hope was to trace the guns into Mexico and bust a major cartel.

In December 2010 “walked” guns were identified as the murder weapons in the death of Border Patrol agent Brian Terry by drug cartels. An anguished ATF agent made the decision to expose the gunwalking operation, after the bureau ignored months of complaints.

Agent John Dodson blew the whistle on Fast and Furious in an interview with CBS News on March 3. Dodson had been concerned about the operation since well before the Terry murder. As large numbers of guns freely crossed the border during the early part of 2010, he and other ATF agents noted with alarm the rise in violent crime south of the border.

Soon after the Dodson interview, the director of the ATF Mexico office, Darren Gil, told CBS that he began to receive disturbing reports of an unusually high number of Phoenix-area guns showing up in Mexican cartel violence. When he began asking questions, Gil discovered that his team had been blocked from computer access to information on Fast and Furious.

@font-face { font-family: “Cambria Math”; }p.MsoNormal, li.MsoNormal, div.MsoNormal { margin: 0in 0in 0.0001pt; font-size: 12pt; font-family: “Times New Roman”; }.MsoChpDefault { font-size: 10pt; }div.WordSection1 { page: WordSection1; }Gil questioned officials at U.S. headquarters who told him they were under direct orders from the Department of Justice and that he should say nothing to the Mexican government about the program.

With evasive responses from government agencies, major international implications, and persistent questions of “who knew what, and when,” the Fast and Furious operation could develop into a major scandal for the Obama administration. That will depend on the administration’s response.

The Obama administration faces a tough choice: either orchestrate a cover-up, as the ATF appears to be doing, or open up the case and accept the consequences.

Foreign Policy In Focus columnist Laura Carlsen is director of the Americas Program for the Center for International Policy in Mexico City. www.fpif.org.