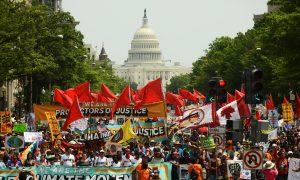 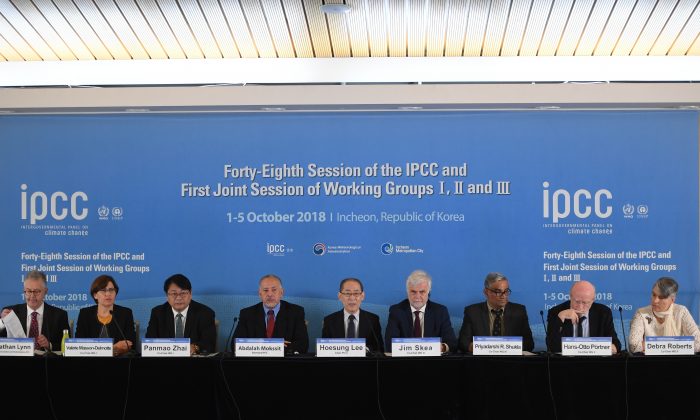 Last month, in your introductory remarks to The Christian Science Monitor Daily online news stories, you addressed the issue of the Monitor’s coverage of climate change. Your challenge is how to report when you and your Monitor colleagues believe that “human emissions of CO2 are triggering dangerous climatic conditions” while some of your readers do not.

You wrote, “Part of good journalism is to seek out a range of viewpoints rather than just present a story through one lens. But a corollary journalistic responsibility is to weigh the credibility and relevance of viewpoints.” I agree wholeheartedly, and I hope you will follow through in fairly reporting opinions with which you may personally disagree.

Climate change science doesn’t lend itself to facile conclusions. The science itself is complex, many relationships are imperfectly understood, and then there is the daunting challenge of predicting the future. As I have written elsewhere, in fields such as economics and climate change, there is no such thing as expertise about the future. In the words of a report from the Intergovernmental Panel on Climate Change (IPCC)—which your paper accepts as arguably the most credible authority that espouses the catastrophist position—“The climate system is a coupled nonlinear chaotic system, and therefore the long-term prediction of future climate states is not possible.”

Your statement that there is a “strong consensus within the climate science profession that human emissions are now the leading factor affecting changes in Earth’s climate” is almost correct, but not quite. Some climate skeptics object to the use of the word “consensus.” They state (correctly, I believe) that “consensus” is more appropriate in politics, where majorities shape reality, than in science, where what a majority may believe to be true today may be disproven tomorrow. You, however, used the word “consensus” correctly, because your supporting hyperlink takes the reader to a story about the political consensus that has been forged at the U.N. through the reports of the IPCC.

It is important to understand that the IPCC is a political organization (after all, it is the Intergovernmental Panel), not a scientific body. I can cite a number of quotes from scientists who have done work for the IPCC, but disagreed with the published “consensus.” The political nature of the IPCC and its reports is underscored by appendix A of the principles governing IPCC work. It authorizes the few dozen political appointees who actually write the summary for policymakers to alter what scientists have written in order to conform to what the Summary states.

Journalists often ask those who dissent from the official position of the IPCC if they receive or have received remuneration from fossil fuel companies. The ugly insinuation, of course, is that a person receiving compensation from a conventional energy company is automatically suspected of being a paid propagandist. Is it not equally as plausible that a scientist funded by government grants might tailor his findings so as not to risk losing a valuable source of income? There should be symmetry here, treating people on both sides of the issue with equal respect, instead of proceeding from the unfounded assumption that those receiving money from nongovernmental sources are not trustworthy while those receiving government funds are.

Regarding your assertion that “human emissions are now the leading factor affecting changes in Earth’s climate.” That assertion would have more credibility if it were proven that carbon dioxide is, in fact, the principal driver of global temperatures. However, when one looks at the historical record, one encounters a couple of inconvenient facts: 1) over hundreds of millions of years, graphs plotting global temperatures and atmospheric CO2 show no fixed relation or meaningful correlation; 2) the Vostok ice core graph shows the two variables following similar paths over the past several hundred thousand years, but with changes in CO2 lagging behind changes in temperature by 800 to 1,000 years, and effect cannot precede cause in a temporal universe.

Space prevents me from discussing other unresolved issues—the numerous measuring limitations and errors; the logarithmic scale of how much heat CO2 can “trap”; the fact that CO2 concentrations before the modern increase were dangerously low (plant life would cease to exist if the concentration fell much below 150–170 ppm, whereas it will flourish optimally nearer 1,000 ppm); whether warmer temperatures, on the whole, are better or worse for humans than cold.

I would urge the Monitor’s reporters to not rely so heavily on the scientists employed by the IPCC. Very subtly, the dangerous perception has set in that these are “the best scientists in the world.” I am not saying that there aren’t many fine scientists employed by Uncle Sam and contracted for by the IPCC, but to assume that if the government employs them, that stamps them as the best is unfounded. Politicians have no special power to identify which scientists’ output comes closest to the truth, but they are shrewd enough to pick scientists whose work can be used in support of pre-determined political agendas.

I hope none of your reporters is allied with the Society of Environmental Journalists—a group dedicated to censoring dissent. It does appear that your principal environmental reporter has become over-reliant on the eminently quotable Dr. Katherine Hayhoe, director of the Climate Science Center at Texas Tech University, and a lead author for the IPCC.

Dr. Hayhoe is very, very skilled at verbal manipulation. Take, for example, this cleverly constructed straw man: “[Climate] science is so old and so basic that to deny that science, we would have to be denying basic thermodynamics … and basic fluid dynamics that explains how airplanes fly. And there’s not a lot of politicians and pundits claiming that airplanes don’t fly.”

Brilliant! Unfortunately, it is also disingenuous. Skeptics about the catastrophist scenario aren’t rejecting the basic laws of physics; they don’t deny that Earth’s climate is volatile; they don’t deny that CO2 is a greenhouse gas or that human consumption of fossil fuels is increasing its concentration in the atmosphere.

There remain important disagreements about the degree of climate change, the impact those changes will have, whether any benefits that can be gained by retooling our lives would exceed the costs of making those changes and other issues with public policy implications that need to be studied and discussed. I hope that the Monitor will contribute to these needed discussions by reporting today’s minority positions as well as the most popular ones.